All of the Lights

"All of the Lights" is a song by American hip hop recording artist Kanye West, released January 18, 2011, as the fourth single from his fifth studio album, My Beautiful Dark Twisted Fantasy (2010). It was produced by West and features additional vocals from several other recording artists, including John Legend, The-Dream, Elly Jackson, Alicia Keys, Fergie, Kid Cudi, Elton John, and Rihanna, who is solely credited as a featured artist on the single.

"All of the Lights" was well received by music critics, who complimented its detailed production and dramatically-themed style. The single was a moderate international success, reaching number 18 on the Billboard Hot 100 and number two on the Hot R&B/Hip-Hop Songs chart in the United States, while it also attained respectable chartings in several other countries. It won Grammy Awards for Best Rap Song and Best Rap/Sung Collaboration at the 54th Grammy Awards. As of December 2011, the song has sold over 1,561,000 digital units in the US.

The song's accompanying music video, directed by Hype Williams, featured strobe-lit images of Rihanna and West, as well as Kid Cudi. It was given a discretionary warning by Epilepsy Action, stating that the video "potentially trigger[s] seizures for people with photosensitive epilepsy". 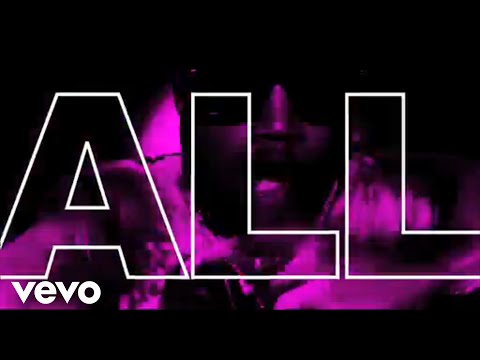