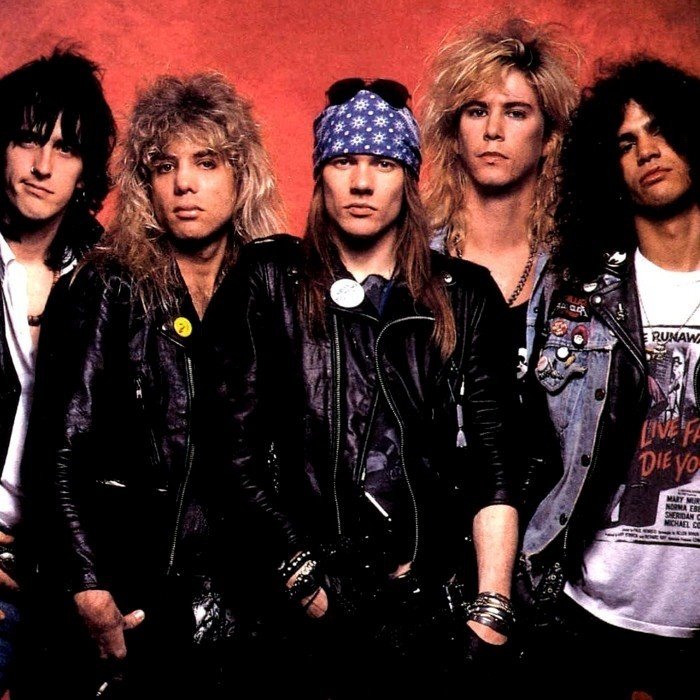 Guns N' Roses is an American hard rock band from Los Angeles formed in 1985. The classic lineup, as signed to Geffen Records in 1986, consisted of vocalist Axl Rose, lead guitarist Slash, rhythm guitarist Izzy Stradlin, bassist Duff McKagan, and drummer Steven Adler. The current lineup consists of Rose, Slash, McKagan, keyboardist Dizzy Reed, guitarist Richard Fortus, drummer Frank Ferrer and keyboardist Chris Pitman. The band has released six studio albums, accumulating sales of more than 100 million records worldwide, including shipments of 45 million in the United States, making Guns N' Roses one of the world's best-selling bands of all time.
Guns N' Roses' debut album, Appetite for Destruction (1987), reached number one on the Billboard 200 a year after its release, on the strength of "Sweet Child o' Mine", the group's only single to reach number one on the Billboard Hot 100. The album has sold approximately 30 million copies worldwide, including 18 million units in the United States, making it the best-selling debut album of all time in the US, as well as the eleventh best-selling album in the United States. The success of the debut was followed by the eight-song album G N' R Lies (1988) which reached number two on the Billboard 200. The twin albums Use Your Illusion I and Use Your Illusion II (1991) debuted at number two and number one on the Billboard 200 and have sold a combined 35 million copies worldwide, including 14 million units in the United States. The cover album "The Spaghetti Incident?" (1993) was the band's last studio album to feature Slash and McKagan. After more than a decade of work and several lineup changes, Guns N' Roses released the long-awaited album Chinese Democracy (2008) which, at an estimated $14 million in production costs, is the most expensive rock album to ever be produced in music history. It debuted at number three on the Billboard 200 but undersold industry expectations, despite mostly positive critical reception. Classic era members Slash and McKagan both rejoined the band in 2016.
Guns N' Roses has been credited with reviving the mainstream popularity of rock music, at a time when popular music was dominated by dance music and glam metal. Its late 1980s and early 1990s years have been described as the period in which they brought forth a "hedonistic rebelliousness" reminiscent of the early Rolling Stones, a reputation that had earned them the nickname "the most dangerous band in the world". The band's classic lineup, along with later members Reed and drummer Matt Sorum, was inducted into the Rock and Roll Hall of Fame in 2012, in its first year of eligibility. 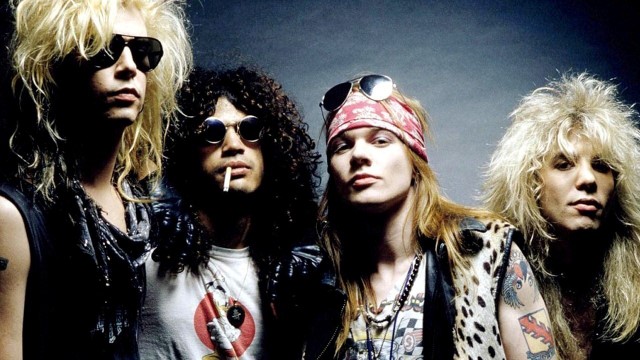 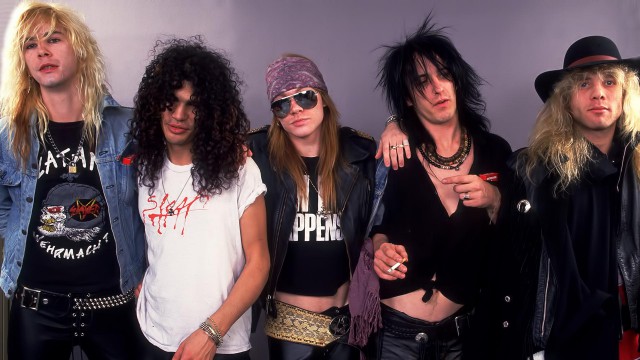 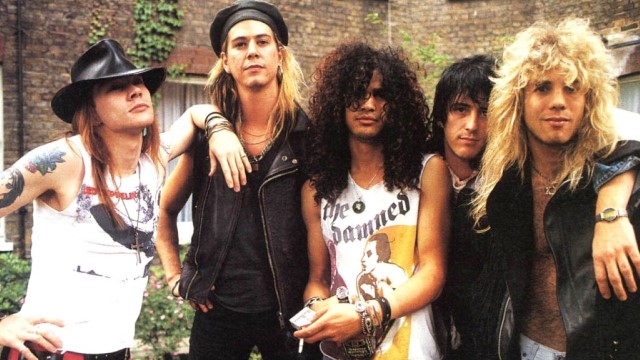 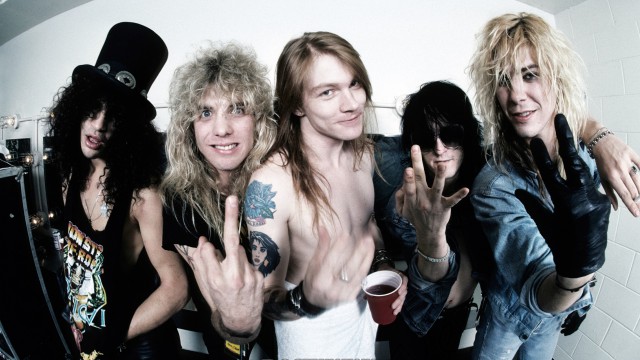