06) Lose Yourself to Dance 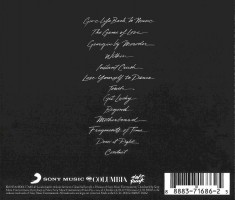 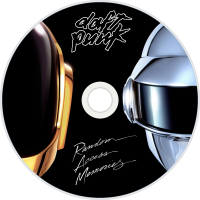 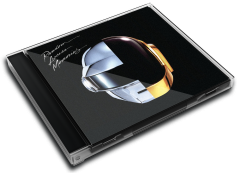 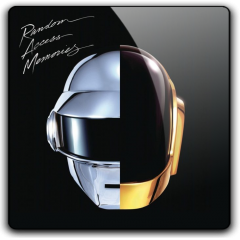 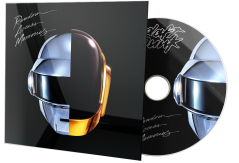 Random Access Memories is the upcoming fourth studio album by French electronic music duo Daft Punk. It will be released by Daft Life under exclusive license to Columbia Records on May 17, 2013 in Australia, May 20, 2013 in the United Kingdom and on May 21, 2013 in the United States. Work started on the record concurrently with the Tron: Legacy score, without a clear plan as to what its structure would be. Shortly after Daft Punk signed with Columbia, a gradual promotional rollout began for the album including billboards, television advertising and a web series.
Random Access Memories pays tribute to the late 1970s and early 80s era of music in the United States, particularly the sound of Los Angeles recordings of the period. Daft Punk recorded the album largely using live instrumentation with session musicians, and limited the use of electronics to drum machines, a modular synthesizer and vintage vocoders. The album also features collaborations with Panda Bear, Julian Casablancas, Todd Edwards, DJ Falcon, Chilly Gonzales, Giorgio Moroder, Nile Rodgers, Paul Williams and Pharrell Williams. Critical reception to the album has generally been positive.

User Album Review
What has been will be again, what has been done will be done again; there is nothing new under the sun.” So said the Preacher of Ecclesiastes. And he said it two and a half thousand years ago, which puts people moaning about things sounding like the ’80s into perspective.

It’s rare to hear a record that doesn’t sound like anything you’ve ever heard, and rarer still to hear one that also puts a smile on your face. How many great bands turn their backs on putting out the same old shit only to release records so calculatingly ‘out there’ they feel like maths homework? They forget this is supposed to be FUN. Yeah, Radiohead, I’m talking to you.

Daft Punk have enjoyed near-universal acclaim over 20 years and three albums but ‘Random Access Memories’ is their greatest achievement: an ambitious masterpiece you can’t imagine being made by anyone other than Thomas Bangalter and Guy-Manuel de Homem-Christo.

Opener ‘Give Life Back To Music’ sets the tone with guitars that wouldn’t have sounded out of place on Giorgio Moroder’s Top Gun score. It features Chic’s Nile Rodgers and Paul Jackson Jr, who played on ‘Thriller’, so it’s as funky as you’d expect. The sound of a happy crowd gurgles in the background. The party’s right here.

‘The Game Of Love’ slips into a slower tempo, as a melancholy android discovers heartbreak. The record is loosely themed around a robot’s attempt to become human, and if he needs a guide who better than the producer who gave us Donna Summer’s ‘I Feel Love’? ‘Giorgio By Moroder’ is a documentary of sorts, in which the titular hero narrates his life story. When he describes the beginnings of the disco beat, we hear an insistent click track. When he tells us that when we create art there are no rules, the music proves him right. It’s a life-affirming salute to the power of the imagination.

After this, there’s a sea change. Chilly Gonzales plays a 45-second piano solo that takes us into ‘Within’, marking the transition from the first three tracks. This is a record that’s been painstakingly slaved over. The track itself is restrained, as our robot protagonist begins to realise just how much he’s yet to understand.

He’ll be hard-pressed to catch all of Julian Casablancas’ quickfire lyrics on ‘Instant Crush’, an instant nightclub anthem. ‘Lose Yourself To Dance’ is paired with ‘Get Lucky’, representing the album’s poppiest moments and featuring the dream team of Nile Rodgers and Pharrell Williams. Sitting between the two is the record’s startling centrepiece, ‘Touch’. Paul Williams might be best known as a composer for the Muppets, but Daft Punk love him best as Swan, the villainous antihero of operatic horror film Phantom Of The Paradise. His background in psychedelic storytelling is put to use on an eight-minute epic that changes shape every time you draw breath.

‘Beyond’ is another melancholy-hearted collaboration with Paul Williams. ‘Motherboard’ is a long, spacey instrumental that sounds as if it’s somehow melting. ‘Fragments Of Time’ is a further glorious high in which Todd Edwards describes his time in LA and makes you feel like you’re driving a fast car down the west coast of the USA. ‘Doin’ It Right’ features Panda Bear of Animal Collective and is the album’s most forward-looking moment; closing track ‘Contact’ is a DJ Falcon collaboration, and an example of pure musical adrenalin.

By assembling a cast of their favourite musicians and delving into their adolescent memories, Daft Punk have created something as emotionally honest as any singer-songwriter confessional – and a lot more fun to dance to. Go out and rejoice: there’s something new under the sun.

zag says: 1 year ago
Instant classic album, could listen to this all day long. Genious!