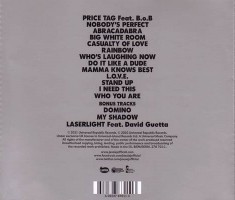 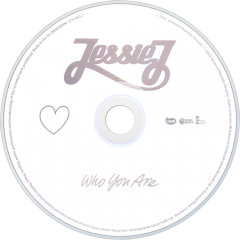 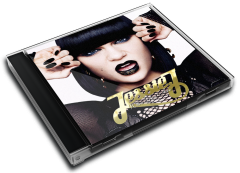 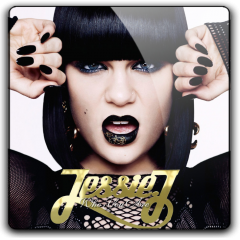 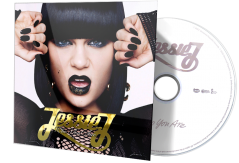 Who You Are is the debut studio album by English singer-songwriter Jessie J, released on 28 February 2011 in the UK and on 12 April in the US. Due to high demand and interest from fans, the release date was pushed ahead by a full month, from its original 28 March 2011 release date. Production for the album took place throughout 2010. A range of producers contributed to the album, including Dr. Luke, Toby Gad, and K-Gee, among others.
Who You Are received generally mixed reviews from contemporary music critics. It debuted at number two on the UK Albums Chart selling 105,000 copies in its first week. The album debuted in the US at number 11 on the Billboard 200 with first-week sales of 34,000 copies. Two singles preceded the album: Jessie J's UK debut single "Do It Like a Dude" and "Price Tag", featuring B.o.B which served as the US lead single. A third single, "Nobody's Perfect", became J's third consecutive top 10 hit in the UK. The fourth single from the album "Who's Laughing Now", released 21 August 2011, peaked at #16 on the UK Singles Chart. The title track, "Who You Are", was released on 13 November 2011 as the album's fifth UK single.
A re-release of Who You Are (variably called the "Deluxe Edition" or the "Platinum Edition") was released on 14 November 2011. It includes 3 bonus tracks: Jessie's second UK #1 single "Domino", "My Shadow" and "LaserLight", a collaboration with David Guetta. Who You Are is first album by a British female artist in history to produce six or more top ten hits in UK.

User Album Review
It’s all well and good having a multi-octave voice, but without control it’s an accident waiting to happen. Jessie J – born Jessica Cornish in Redbridge – rushes up and down her scales on this anticipated debut album; but there’s more than one occasion where her fluctuating pitch is a pain in the ear.
The frustration doesn’t end there. As evidenced by her breakthrough debut single, Do It Like a Dude, Cornish has an annoying habit of inserting zany tics where songs would benefit from being played straighter (one Ke$ha is quite enough, thanks). A pretty acoustic ballad, Big White Room – recorded live, applause included – is ruined by unnecessary gymnastics. A shame, as when she’s not overreaching Cornish showcases sweet, if unspectacular, vocals.
The songs of Who You Are are expectedly split between slower, slushier affairs and punchy anthems for bolshy teens, those coming to this collection off the back of Do It Like a Dude. If modern pop-lore is to be believed, said track was originally written with Rihanna in mind (Cornish has a background in co-writing material for other artists). While the decision to keep it makes it clear Who’s Laughing Now (more bad-attitude swagger), it’s a lightweight Rude Boy rip-off masquerading as confrontational thug-pop. Hearing a BRIT School girl from London’s suburbs deliver lines derived from Caribbean slang is uncomfortable, and in terms of female empowerment the lyrics make Alexandra Burke’s Broken Heels sound like Independent Women Part 1.
Mamma Knows Best brings a big-band-trapped-in-a-synthesizer sound to the fore, more Pixie Lott than Ain’t No Other Man-period Christina Aguilera. Better is the following L.O.V.E., which walks the line between affecting and aggressive superbly, Cornish’s snarl balanced by a tender side that rarely makes an appearance; if one could squint their ears, it’d be a ringer for something from The Miseducation Of Lauryn Hill (and that’s serious praise). The title-track returns Cornish to an acoustic accompaniment, and makes for a fine closer – it’s her Hometown Glory, without the raw emotion but touching nonetheless.
With Cornish’s profile at a high and awards in the bag, Who You Are is a guaranteed commercial hit. What it’s not, though, is a collection that confirms the arrival of a significant solo talent. It’s too patchy, too hurried, the powers behind it too eager to capitalise on the artist’s current chart success. There’s ample room for improvement, but given the well-documented hurdles Cornish has already overcome one shouldn’t write her off just yet. When the pressure’s lifted, she could conjure up a classic.