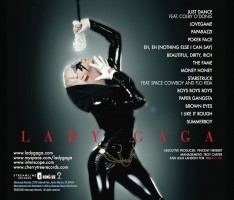 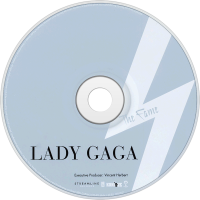 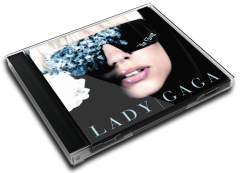 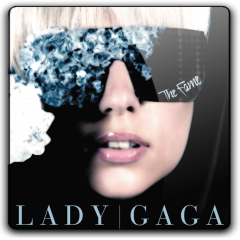 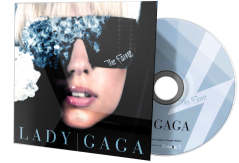 The Fame is the debut studio album by American recording artist Lady Gaga. It was released on August 19, 2008 through Interscope Records. After joining Kon Live Distribution and Cherrytree Records in 2008, Gaga began working on the album with different producers, primarily RedOne, Martin Kierszenbaum and Rob Fusari. Musically, The Fame is a dance-pop and synthpop album that has influences of pop music from the 1980s. Lyrically, the album visualizes Gaga's love of fame in general whilst also dealing with subjects such as love, sex, money, drugs and sexual identity. Promotion was primarily through The Fame Ball Tour and multiple television appearances. The Fame was included as a bonus disc on the deluxe edition of the extended play, The Fame Monster (2009).

The album received generally favorable reviews from music critics, who commended the album's lyrical content and Gaga's musicianship and vocal ability, which have been compared to fellow pop singers such as Gwen Stefani. The album was a commercial success, topping the charts in different countries worldwide, including the United Kingdom, Canada, Germany, Ireland, Poland and Switzerland. In the United States, it peaked at number two on the Billboard 200, while topping the Dance/Electronic Albums chart for 100 non-consecutive weeks. The Fame has sold more than 15 million copies worldwide.

The first two singles from The Fame, "Just Dance" and "Poker Face", gained international success, topping the charts in several countries worldwide, including the United States, United Kingdom and Australia. While its third single, "Eh, Eh (Nothing Else I Can Say)", experienced less commercial success, the next two singles, "LoveGame" and "Paparazzi", were a commercial success as well, charting within the top ten of more than ten countries worldwide. "Beautiful, Dirty, Rich" was released in the form of a promotional single. The Fame has won multiple awards since its release. It was nominated for a total of six Grammy Awards at the 52nd Grammy Awards, including the Grammy Award for Album of the Year. It won the Grammy Award for Best Electronic/Dance Album and the Best Dance Recording for the single "Poker Face". It also won Best International Album at the 2010 BRIT Awards.

User Album Review
A whole project rather than just a vocalist, Lady GaGa is the determined invention of art school graduate Stefani Germanotta. Blessed with the backing of Akon, a love of synths and 80s pop, and a eye-catching image as well as an obsession with celebrity, her debut album is set to capture the heart of every pop fan as well as establishing the electro-girl revolution that looks set to conquer the close of the decade.
Taking obvious inspiration from Christina Aguilera and name-sharer Gwen Stefani, Lady GaGa lands with the motto that 'pop music will never be low brow' and a sound fuelled by slick productions and urgent beats. Joined by Akon protÃ©gÃ©e Colby O'Donell, the irresistible Let's Dance has topped charts around the world - but can The Fame live up to such an immediate first hit?
The answer is yes. While the consistent production from the Red One team might not offer up any surprises, it does make you feel like you're listening to a powerful, single filled album. Although the cheeky Boys Boys Boys and awful Uncle John From Jamaica sound-alike Nothing I Can Say might be flirtatious and silly, songs like the strut-tastic Pokerface and expensive Money Honey express her overwhelming desire for celebrity and fortune. The robotic Love Game with its brilliant line ''I want to take a ride on your disco stick'' is brilliant, but utterly cold and leaves us awarding Gaga the yearbook title of 'pop star most likely to kill'. When the mask does slip, it's even more effective, most noticeably in the overwhelmingly heart swelling chorus of Paparrazi.
A Christina Aguilera clone, perhaps, but in these days where we're crying out for our pop stars to have a personality, Gaga's flamboyance and ultimately the catchiness of her songs is sure to cement her place in the list of pop idols.