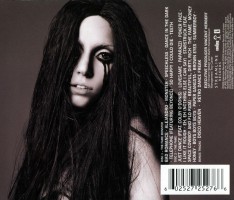 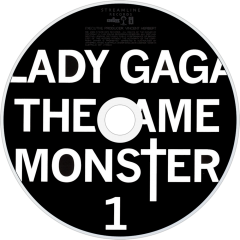 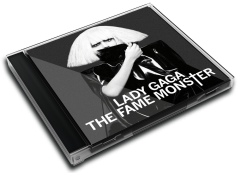 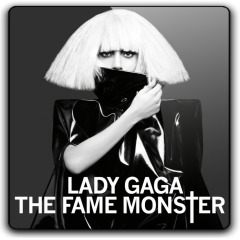 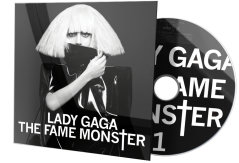 User Album Review
It’s hard to believe that just a year ago nobody had heard of Lady Gaga. Now, she’s a proper pop star ”“ a genuine household name on both sides of the Atlantic, with a fair degree of cultural traction. And she has achieved this with a blend of hooky tunes and outrageous outfits, a mix that Madonna once offered.
It’s all old-fashioned, really. That sci-fi clobber of hers, and her interviews where she talks up the Warholian nature of her project, flatter to deceive: this music is nowhere near as mould-breaking as she would have you believe. It’s a sound that Britney Spears purveyed on her last two albums, but for young fans of this sort of electro-ish RnB who probably consider Spears too old and can no longer identify with a harried mum of two, Gaga is providing a fresh alternative, and this has allowed her to sell four million copies of her debut album, The Fame.
And now those four million are being treated to a sequel, of sorts ”“ The Fame Monster is available as a bonus disc on The Fame’s re-release, and its content can be downloaded separately. Among the eight new tracks are the new RedOne-produced single Bad Romance, which features cheesy rave synths, the now typically Gaga stomping beat and a controversy-lite lyric (“I want your ugly, I want your disease”). Melodically, it recalls Black Celebration-era Depeche Mode and keeps up Gaga’s habit of referencing herself in her songs. Admittedly, Warhol would have loved it.
Elsewhere there is the superstar duet with BeyoncÃ©, Telephone, produced by Rodney Jerkins (less stellar than it sounds); So Happy I Could Die, which is brazenly Auto-Tuned Europop that telegraphs Gaga’s Sapphic tendencies (“I love that lavender blonde... I touch myself and it’s all right); Alejandro, which moves at an Ace of Base pace; the generic machine RnB of Dance in the Dark; and Speechless, which is a bit like Pink in ballsy rock-ballad mode.
It’s hardly original, and nor is it exactly a triumph of DIY feminist invention ”“ look at the number of people listed on the CD credits, many of them men. But she’s bringing eccentric couture to the masses and is certainly fun to have around ”“ The Fame Monster is also available as a collector’s edition containing, among many other essentials, a lock of her hair and a paper doll collection. Now that’s Gaga.