"Ko Ko Bop" is a song by South Korean–Chinese boy band EXO, released on July 18, 2017, as the lead single of their fourth studio album 'The War'. It was released in Korean and Chinese versions by their label SM Entertainment. It was the first single not to feature member Lay due to his extended hiatus cited heavily due to China’s Hallyu Ban. Produced by Styalz Fuego, "Ko Ko Bop" is described as an energetic reggae song with rhythmical reggae and bass guitar sounds. "Ko Ko Bop" was co-written by EXO members Chen, Chanyeol, and Baekhyun. It was digitally released on July 18, 2017 and physically on July 19 along with the album. According to Chanyeol, the term "Ko Ko Bop" means "Fun Dancing". 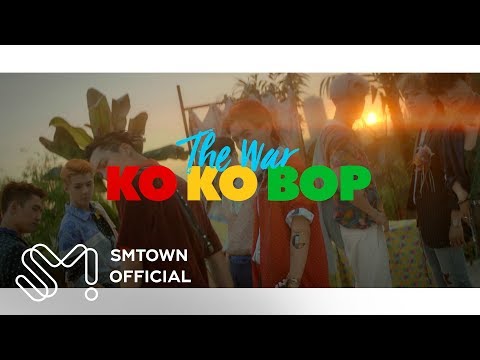