Track Description
"In My Blood" is a song recorded by Canadian singer and songwriter Shawn Mendes. Written by Geoff Warburton, Scott Harris and its producers Mendes and Teddy Geiger, it was released by Island Records on March 22, 2018, as the lead single from Mendes' self-titled third studio album.

"In My Blood" chronicles Mendes' struggle with anxiety disorder and marks the first time the singer has publicly discussed his experiences with the mental health disorder. On his decision to write the song, Mendes said he wanted to "make something as serious as anxiety tangible where everybody can listen to it and either connect with it or understand it" before adding that "sometimes it lasts two hours, sometimes it lasts a day and sometimes it lasts five minutes. The point of the song is that no matter how long that lasts, you can come out the other end stronger and you come out of the other end always".

debuted at number 72 on the US Billboard Hot 100 after only one day of sales and streaming tracking and four days of airplay tracking. It has since risen to its current peak of number 11. Mendes became the first artist to have four number-one songs on the Billboard Adult Top 40 radio airplay chart before turning 20 years old, with "In My Blood" being his fourth. 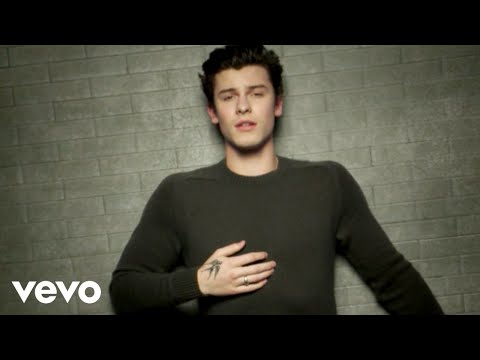