"No Excuses" is a song recorded by American singer and songwriter Meghan Trainor. Trainor co-wrote it with Jacob Kasher Hindlin and Andrew Wells, who produced it as well. Epic Records released it on March 1, 2018, as the lead single from Trainor's third major-label studio album, Treat Myself. "No Excuses" was announced in February 2018 along with its official single artwork. "No Excuses" is a pop song with country and disco influences. It has lyrics against sexism. Critics noted that "No Excuses" was a return to the sound of Trainor's album Title. The song's feminist lyrics were well-received, and it was referred to as a girl-power anthem.

Colin Tilley directed the music video for "No Excuses", which accompanied the song's release on March 1, 2018. It features visual effects showing Trainor with two carbon copies of herself and Trainor donning various outfits that are inspired by the 1980s, in pastel-colored backdrops.

The song's music video, directed by Colin Tilley, premiered on the same day as the song's release, which Trainor had previously teased on her Instagram account along with a short behind the scenes look at it. The video features visual effects showing the singer with two "carbon copies" of herself. The video features looks inspired by the '80s, including Trainor donning a denim jacket and another one that looks like a cheerleader outfit. Patrick Hosken of MTV News noted that the looks "belong in a mall-pop video from 1987."

An official choreography video for "No Excuses" was released in collaboration with Zumba, on March 5, 2018. It was directed by Tim Milgram. The visual features a "fun, easy" and empowering routine. It made Trainor the first recording artist to star in an official Zumba choreography video. Describing the initiative, the singer stated "I always hear my music playing in Zumba classes when I'm at the gym so I thought—let's reach out to Zumba and create something special for 'No Excuses,' We both believe in empowerment! I want this choreography to empower everyone out there to get on their feet, and I want them to think about respect and sassiness and loving yourself." The VP of marketing for Zumba said, "Zumba has always been focused on inspiring others to feel empowered and confident, and this is something we hear in all of Meghan's music that makes her the ideal partner for us."

On April 3, 2018, Trainor released a dance video to her Vevo page featuring a group of children and young adults performing "energetic" choreography to the song; Trainor herself does not feature in the video. Meghan and her creative director, Charm LaDonna, hand-selected the dancers to portray strong women empowering themselves through dance and performance. 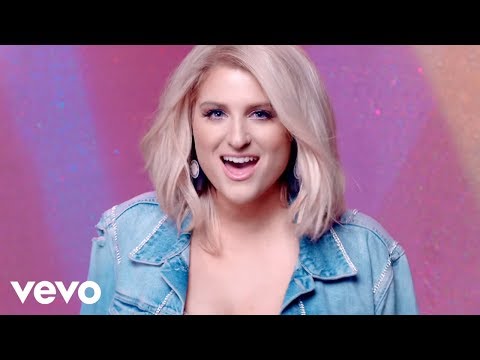