"Échame la Culpa" (English: "Put the Blame on Me") is a song recorded by Puerto Rican singer and songwriter Luis Fonsi and American singer and songwriter Demi Lovato. Fonsi co-wrote the song with Alejandro Rengifo and its producers Andrés Torres and Mauricio Rengifo. The song was first released through Universal Music Latin Entertainment, Republic Records and Island Records on November 17, 2017. On March 2, 2018, an English remix of the song titled "Not on You" was released.

The song has reached number one in Austria, Lebanon, Slovenia and Spain as well as the top ten in Belgium, Germany, Hungary, Italy, Poland, Portugal, Slovakia, Sweden and Switzerland, the top twenty in Croatia, France, Greece, Latvia, the Netherlands and Norway, and the top thirty in Scotland. It also reached number 46 in the UK and 47 on the Billboard Hot 100.

On YouTube, the video became the third-fastest music video in history to 500 million and the fifth-fastest to reach 1 billion views, being the fastest collaboration in history to reach these two milestones. As of August 2018, it has received over 1.5 billion views, making it the site's 39th most-viewed video. 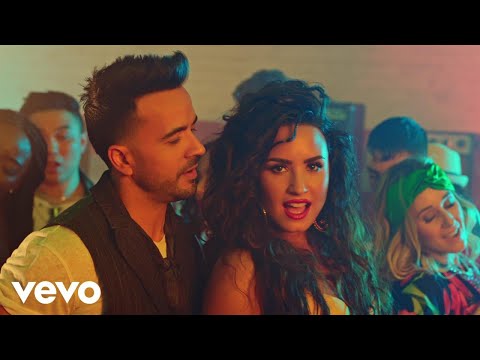