Call It What You Want

“Call It What You Want” is the fourteenth track and the second promotional single from Taylor Swift's sixth studio album, reputation. It was written and produced with her friend, Jack Antonoff. It was first announced on social media on November 2nd, 2017, which was coincidentally the 13th anniversary of Taylor meeting the man who signed her to Big Machine Records, Scott Borchetta. After the song was announced, many fans were quick to point out the lyric parallel between the bridge of this track and her 2008 hit “Love Story”, on which Taylor daydreams about running away with her boyfriend. This song was written about Taylor's current boyfriend, Joe Alwyn. The two of them have kept their relationship as private as possible. 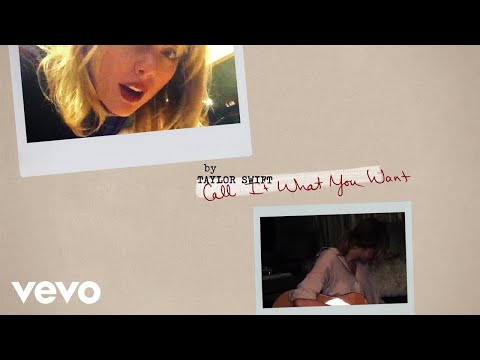