Track Description
"Wait" is a song by American pop rock band Maroon 5. It was released on January 16, 2018 to contemporary hit radio as the second single from the band's sixth studio album, Red Pill Blues (2017). The song was released as a promotional single on October 31, 2017. It was written by Adam Levine, John Ryan, Jacob Kasher Hindlin, and Ammar Malik and was produced by Ryan. It served as the third countdown single released from the album following "Whiskey". The official remix was released on January 26, 2018, featuring rapper A Boogie wit da Hoodie.

Composition
"Wait" has a duration of 3 minutes and 10 seconds. It was written by Maroon 5 frontman Adam Levine, John Ryan, Jacob "JKash" Kasher Hindlin, and Ammar Malik and was produced by John Ryan.

Release
"Wait" was announced on October 30, 2017. The song was released as an instant-grat the following day on Halloween, October 31, 2017 worldwide.

Music video
An unofficial music video was released exclusively on Spotify on December 15, 2017. On January 16, 2018, a Snapchat version was released on Spotify and on Vevo the following day. It features various recorded clips of frontman Adam Levine using Snapchat filters while lip-syncing to the song. His wife, Behati Prinsloo, makes a cameo appearance.

The official music video was released on February 8, 2018 on Vevo. The video stars American actress Alexandra Daddario and was directed by Dave Meyers.

Live performances
Maroon 5 performed the song at the 2018 iHeartRadio Music Awards on March 11, 2018. Pop band Echosmith, praised their performance as "one of the best sounding tv performances". The band performed "Wait" on The Voice on April 24, 2018. 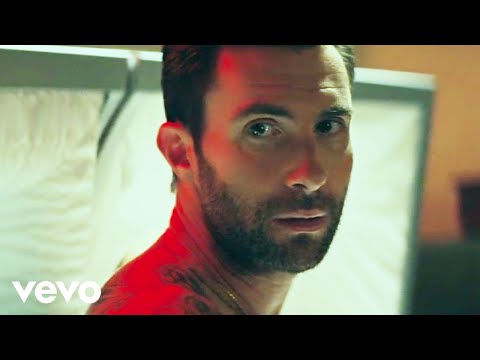