Track Description
"Cheerleader" is a song recorded by Jamaican singer Omi. The track was written and produced by OMI and Clifton Dillon, Mark Bradford, and Ryan Dillon. OMI first began developing the song in 2008, when he created its melody. It was refined over several years alongside famed Jamaican producer Clifton Dillon. It was first recorded with veteran session musicians Sly and Robbie and Dean Fraser. Released as a single on independent label Oufah, the song saw success in Jamaica, where it topped the charts, and also attracted airplay in Hawaii and Dubai. Ultra contacted two disc jockeys to produce remixed versions of the original song. The label and song's producers preferred one remix, produced by a young German DJ, Felix Jaehn, that eschewed much of the song's original instrumentation for a tropical-flavored deep house rendition, prominently featuring a trumpet, a conga beat, and piano. A remix extended play was released in May 2014 by Ultra, which began to first see commercial success that fall.

"Cheerleader" became a massive global success in 2015, when it reached number one in 20 countries including the United States, the United Kingdom, Australia, Canada, France, Mexico, Ireland, Sweden and Germany. 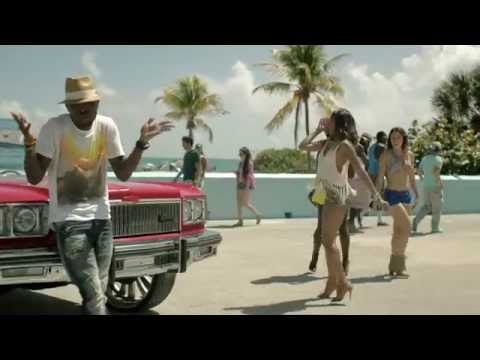