"Side to Side" is a song recorded by American singer Ariana Grande, released on August 30, 2016 as the third single for her studio album, Dangerous Woman (2016). The reggae-pop song features guest vocals from Trinidadian-American rapper Nicki Minaj. Its producers Max Martin and Ilya Salmanzadeh co-wrote the song with Savan Kotecha, Alexander Kronlund, Grande, and Minaj 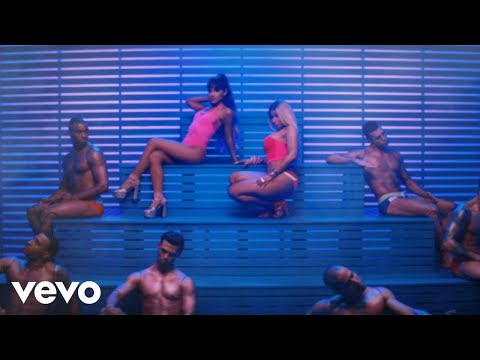