"Can't Stop Dancin'" is a song by American singer Becky G. An accompanying music video was released onto Gomez's official Vevo account on December 3, 2014. A remix featuring Colombian singer J Balvin was released on March 3, 2015.
"Can't Stop Dancin'" was released for retail via digital distribution, on November 4, 2014. The lyric video for the song was also uploaded to YouTube and VEVO, on the same day of its release, with cameo appearance by American singer Katy Perry.
The video was released on December 2, 2014 via VEVO, being uploaded to YouTube the following day.
The visual sees Gomez arriving at a club with her friends and later doing a choreographed dance with two male dancers. These scenes are spliced with shots of her outside of several places, such as a house and some stairs. Gomez also performs the song in front of a light-cyan wall as well as inside a room with a bed, a chair, and a TV.
The video has over 171 million views as of January 2019. 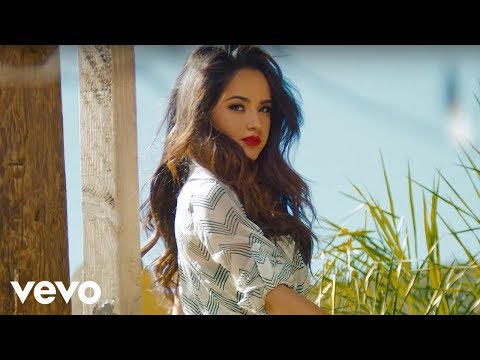