How Deep Is Your Love

How Deep Is Your Love

"How Deep Is Your Love" is a song by Scottish DJ and record producer Calvin Harris and English production trio Disciples. It was released on 17 July 2015. It features uncredited vocals by Norwegian singer and songwriter Ina Wroldsen.

The single received generally positive reviews, and was commercially successful, reaching the top-ten in 22 countries, including number two on the UK Singles Chart and number one in Australia, Belgium, Greece, the Netherlands and Russia.

The accompanying music video for "How Deep Is Your Love", directed by Emil Nava, premiered on Tidal on 4 August 2015 and was released elsewhere on 6 August 2015. It features American model Gigi Hadid. Filming took place in Malibu, California in late June 2015. The video begins with Gigi laying on a table which she gets up on and walks down a hall into a party with bikinied women. Other scenes include Gigi flashing in different colors in a black background. Gigi then finds herself on a sea boat with water bikers. She then is transported to a pool where she dives into and walks out and takes off her clothes and hops in a shower and moves into another party room. Next, she is shown with motorcycles swarming around her. The video ends with Gigi walking out of the party room. It was won for Best Electronic Video on the 2016 MTV Video Music Awards.

The music video has over 1.2 billion views on YouTube as of April 2018. 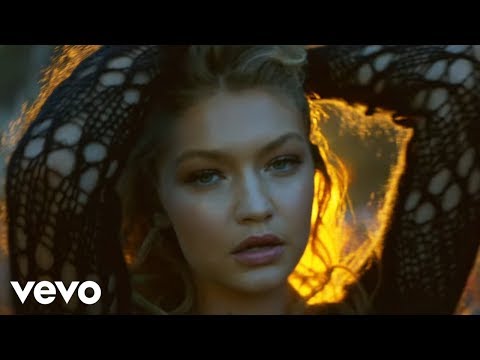