"Blame" is a song by Scottish DJ and record producer Calvin Harris from his fourth studio album, Motion (2014). It was released as the album's third single on 5 September 2014. The song features the vocals of English singer John Newman and is included on the deluxe edition of Newman's second studio album, Revolve. Newman's brother James Newman assisted the artists in writing the song, with Harris serving as the producer.

The song received positive reviews from music critics, who complimented its production and Newman's vocals. The song debuted at number one on the UK Singles Chart, giving Harris his seventh UK number-one single (and third consecutive) and Newman his third.

John Newman initially approached Calvin Harris via Twitter about collaborating on a song he had worked on. Newman sent a demo with his vocals and a few chords and Harris built the music around it. Newman wrote all the lyrics.

The single and its artwork were announced on Twitter on 8 June 2014. However, a different artwork cover was uploaded onto the iTunes Store as a replacement. "Blame" was originally scheduled for release on 25 August, but was delayed until 7 September.

In August and September 2014, Harris released fifteen-second previews of the track on his Instagram account. John Newman commented on the song: "It will live up to the hype that's been built. I'm very excited about it, I think it's the next step up in my career." The song is written in the key of C minor, at a tempo of 128 beats per minute. Newman's vocal range spans from B♭3 to B♭5. It bears similarity to one of Harris's previous singles, "I Need Your Love", featuring Ellie Goulding.

The music video was directed by Emil Nava and released on 12 September 2014. It was filmed in Los Angeles and London in August 2014. The video begins with both Harris and Newman in separate places in their appropriate houses where they are both on the bed. Newman is watching some models who are seen on a film projector. Meanwhile, the models decided to go to a nightclub where one girl gets drunk while other models split where they fall into a sink, beer cooler, puddle and finally a tub. The video ends with the models ending up in a river where they are freezing and it shows the sky with the sun in the background. 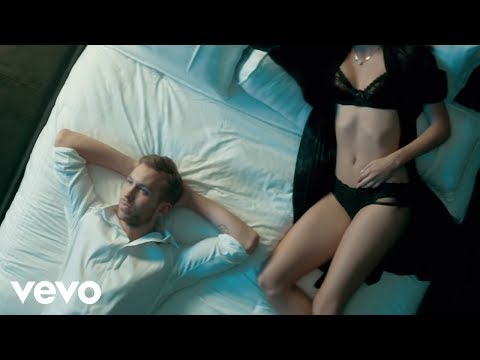