A Place With No Name

"A Place with No Name" is a song by American singer Michael Jackson released on the second posthumous Jackson album, Xscape (2014). A 24-second snippet of the full song was released posthumously by website TMZ.com on July 16, 2009, three weeks after Jackson's death. The full version leaked online on December 3, 2013. The track is based on "A Horse with No Name", the hit 1972 song by rock band America. At the time of the leak, America stated that they were "honored" that Michael Jackson chose to sample their work.

It has been claimed that there are "dozens and dozens" of unreleased Jackson songs that could be issued for several years to come. The song was contemporized by Norwegian producers StarGate for Xscape, along with the original version. "A Place with No Name" was released to American urban adult contemporary radio on August 12, 2014.

Background
On June 25, 2009, musician Michael Jackson died following a cardiac arrest. On July 16, 2009, celebrity news website TMZ.com—the first media outlet to report the death—released a 24-second snippet of an unreleased Jackson song, "A Place with No Name". The track is based on America's 1972 number-one single "A Horse with No Name". Jackson had legal permission to use the song. The St. Louis Post-Dispatch stated that the two songs were "just about identical". It is not known when the track was recorded, although Jackson and America shared a manager—believed to be Jim Morey—in the late 1980s and late 1990s.

According to producer Dr. Freeze, the version of "A Place with No Name" that leaked is the final version Michael heard and approved in 2008, which is credited as the original version in the deluxe edition of Xscape. Prior to the leak of the original version in December 2013, a cover of Jackson's work was posted at YouTube in January 2011, recorded by a mysterious person with a pseudonym "Spino".

Music videos
On August 13, 2014, "A Place With No Name" marks the first time a music video has ever debuted exclusively on Twitter. Along with its tweet premiere, "A Place With No Name" was also shown on the Sony video screen in Times Square on Wednesday night at 10 p.m. It was uploaded to Michael Jackson's VEVO page the following day. In line with the desert theme featured in the lyrics of America's "A Horse with No Name", the video stars dancers Alvester Martin, who worked with Jackson for ten years, and Danielle Acoff in new dance sequences in a desert. Also featured are rare clips from Jackson's "In the Closet" video shoot. The music video was directed by Samuel Bayer.

A second music video was released on Michael Jackson's VEVO page on 28 August 2014, with choreographed dances performed by the dancers from Cirque du Soleil's "Michael Jackson: One" world tour. It was filmed at different places in Los Angeles, but most of the video was shot inside the "Michael Jackson: ONE" Boutique inside Mandalay Bay. 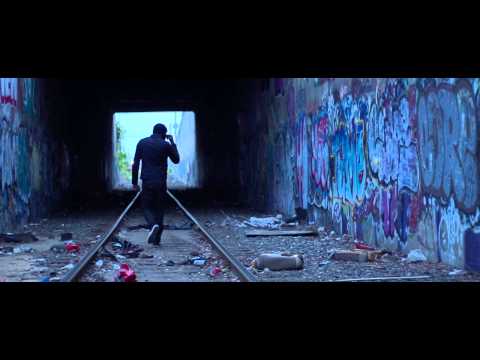