"Comfortably Numb" is a song by the English rock band Pink Floyd, released on their eleventh album, The Wall (1979). It was released as a single in 1980 with "Hey You" as the B-side. The chorus progression and guitar solos were written by guitarist David Gilmour, while the lyrics and verse progression were written by bassist Roger Waters.

"Comfortably Numb" is one of Pink Floyd's most famous songs, renowned for its two guitar solos. In 2004, it was ranked number 314 on Rolling Stone magazine's list of the 500 Greatest Songs of All Time. In 2005, it became the last song ever to be performed by Waters, Gilmour, keyboardist Richard Wright, and drummer Nick Mason together. An early version of the song was included on the 2012 Wall "Immersion Box Set".

Composition
The Wall is a concept album about Pink, an embittered and alienated rock star. In "Comfortably Numb", Pink is medicated by a doctor so he can perform for a show.

The verses are composed in the key of B minor, while the chorus is in that key's relative major, D major. The song, together with "Mother", is one of two tracks on The Wall which are free-standing and do not fade into or out of an adjacent track. It is also the longest song on the album at 6:21, followed by "Mother", which is 5:32.

Writing
An afterthought from Gilmour's first solo album, the music first existed as a wordless demo. According to Gilmour, "I never get to the 'I have become comfortably numb' bit, because Roger said he wanted to put that line in as a lyric, and I had to write the extra bit there and then."

The lyrics were inspired by Waters's experience of being injected with tranquilizers for stomach cramps before a Pink Floyd show in Philadelphia on the 1977 In the Flesh tour. "That was the longest two hours of my life," Waters said, "trying to do a show when you can hardly lift your arm." The song had the working title "The Doctor".

Waters and Gilmour disagreed about how to record the song; Gilmour preferred a more grungy style for the verses. Gilmour would later say, "We argued over 'Comfortably Numb' like mad. Really had a big fight, went on for ages." In the end, Waters' preferred opening to the song and Gilmour's final solo were used on the album.

For the chorus, Gilmour and session player Lee Ritenour used a pair of acoustic guitars strung similarly to Nashville tuning, but with the low E string replaced with a high E string, two octaves higher than standard tuning. This tuning was also used for the arpeggios in "Hey You".

Guitar solos
"Comfortably Numb" features two guitar solos by Gilmour. The first bridges the first chorus and second verse, and is played over the prechorus structure. The longer outro solo is played over the verse structure. The solo was pieced together from several other solos that Gilmour was experimenting with at the time; this was accomplished by recording several solos and marking his preferred segments for the perfect final take. Gilmour used a Big Muff distortion and delay effects on the solos. 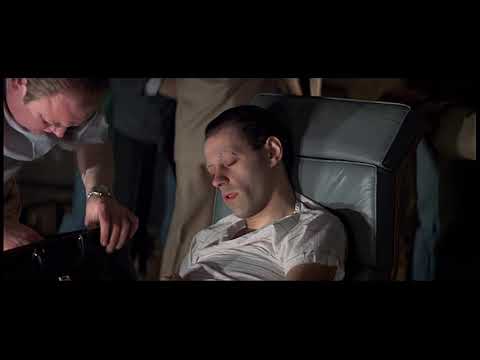