"Mother" is a song by Pink Floyd. It appears on The Wall album, released in 1979.

Composition
"Mother" is 5:32 in length. The majority of the song is in G Major, though the chorus is predominantly a plagal cadence in C Major. The song is notable for its varied use of time signatures, such as 5/8 and 9/8. Pink Floyd drummer Nick Mason found these time-signature changes difficult to learn, and, with the band recording on a very tight schedule, ceded the drumming duties to session drummer Jeff Porcaro.

The song begins quietly with solo voice and a single acoustic guitar, and gradually expands its instrumentation to include, by song's end, reed organ, piano, drums, electric bass, and electric guitar. The song has a minimal introduction, consisting only of a sharp inhalation and rapid exhalation before the first verses are sung by Roger Waters. The verse starts with one measure of 5/8, while most of it 4/4, or "common time". It also features one measure of 6/8.

The chorus, sung by David Gilmour, starts out on two measures of 4/4 before going into 6/8 (or "compound duple meter") for most of the chorus, in a narrative response to the first set of lyrics. There is also one measure of 9/8. Then a guitar solo follows over a chord progression in 4/4 time. Waters sings another verse, which is once more followed by Gilmour's chorus (with different lyrics). Finally, the song concludes with an arrangement stripped back down to one acoustic guitar and Waters's voice, and a ritardando in which Waters sings, "Mother, did it need to be so high?", a reference to the metaphorical wall constructed by the character Pink. The song ends on the subdominant, C Major, which may create an "unfinished" or "dissatisfying" feeling.

Waters explained to Mojo magazine that the song is about "the idea that we can be controlled by our parents' views on things like sex. The single mother of boys, particularly, can make sex harder than it needs to be."

Plot
The Wall tells the story of Pink, an embittered and alienated rock star. As told through the song "Mother", part of Pink's sense of alienation comes from being raised by an overprotective single mother, who lost her husband, Pink's father, in World War II. The song narrates a conversation by Pink (voiced by Waters) and his mother (voiced by Gilmour). The listener learns of the overprotectiveness of Pink's mother, who is helping Pink build his wall to try to protect him from the outside world, evidenced by the line "Of course Momma's gonna help build the wall," spoken by Pink's mother. She insists that Pink stay by her side even after he grows up, and cannot stand it when Pink eventually grows older and falls in love.

Film version
For the film, the song was re-recorded completely with the exception of David Gilmour's guitar solo. One line of the lyrics, "Is it just a waste of time", became "Mother, am I really dying", as the original LP lyrics read. This change ties in with a brief subplot in the film where Pink contracts a fever after caring for a sick rat that died from it. 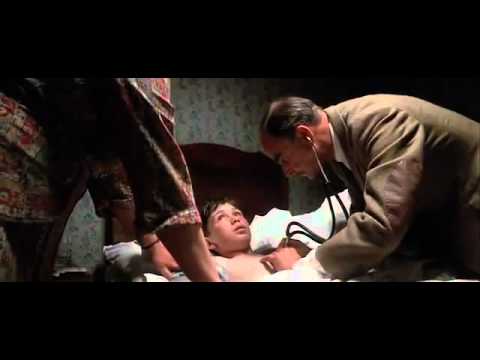