Here's to the Good Times

Get Your Shine On

Track Description
"Get Your Shine On" is a song recorded by American country music uduo Florida Georgia Line. It was released in January 2013 as the second single from their album Here's to the Good Times. The song was written by group members Brian Kelley and Tyler Hubbard with Rodney Clawson and Chris Tompkins.

Billy Dukes of Taste of Country gave the song three and a half stars out of five, writing that the song "cements the duo as the good-time country party band they introduced themselves as" and " on a big, fat hook and songwriting that’s sharper than they’ll get credit for." Matt Bjorke of Roughstock gave the song four stars out of five, saying that "Joey Moi's thick muscular production adds a layer of rock/country sheen that could be too much for some but makes total sense and fits." Dan Milliken of Country Universe gave the song a C grade, criticizing the production and saying that the duo "desperately need to aim higher than soundtracking tailgate parties", but adding that "if you can endure this thing long enough to pay attention to the lyrics, you’ll see that they’ve got a sharp way with details to go along with their strong melodic sense."

The music video was directed by Declan Whitebloom and premiered in February 2013. It was shot in Cancún, Mexico and features various scenes from the Hard Rock Hotel Cancun. 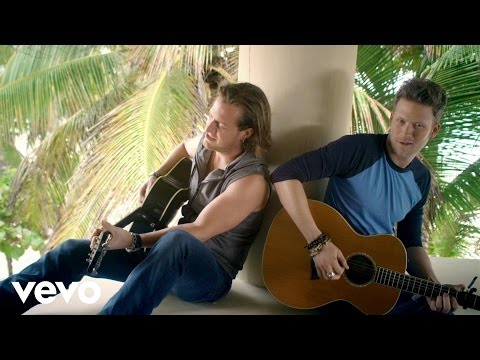