"Clap Your Hands" (Korean: 박수 쳐; Baksu Chyeo) is song by South Korean girl group 2NE1 from their first full album To Anyone, and became a hit on various on- and offline charts. The song was released as the fourth single from the album.
The song was announced as one of three lead title singles from their album. A 30 second teaser was released just days before its official release. The music video for the song was released September 8, 2010 on 2NE1"s YouTube and the next day on YGs.
The music video begins with the 2NE1 members sitting on a bench with a car next to them in an enclosed street, with "CLAP YOUR HANDS" graffitied on the brick wall behind them. The girls begin dancing while wearing black camouflage tracksuits. The band's second verse takes place in Dojo, with the same bench as the first verse. The rap performed by CL and Minzy takes place in a jungle with tribal sign written on their arms and face. The final verse takes place in cyperspace, with the girls wearing chrome hearts hoodies. 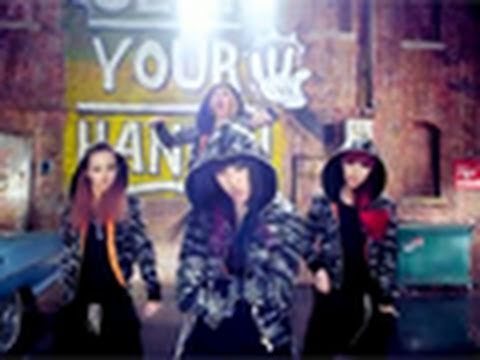