"Purple Rain" is a song by Prince and The Revolution. It is the title track from the 1984 album of the same name, which in turn is the soundtrack album for the 1984 film of the same name, and was released as the third single from that album. The song is a combination of rock, pop, gospel, and orchestral music. It reached number 2 in the U.S. for two weeks, behind "Wake Me Up Before You Go-Go" by Wham!, and it is widely considered one of Prince's signature songs. It was certified gold by the Recording Industry Association of America, shipping 1 million units in the United States.

Rolling Stone ranked it number 143 on their list of The 500 Greatest Songs of All Time while Q magazine placed it at number 40 in its list of the 100 Greatest Guitar Tracks, and Pitchfork Media named it the best song of the 1980s.

The song was recorded during a benefit concert for the Minnesota Dance Theatre at the First Avenue nightclub in Minneapolis on August 3, 1983. The performance was guitarist Wendy Melvoin's live debut with The Revolution, at the age of 19. City Pages described the 70-minute performance as Prince's "sweatiest and most soulful hometown concert yet", and drummer Bobby Z stated, "it certainly was one of the best concerts we ever did".

The concert was recorded by David Rivkin (a.k.a. David Z, brother of Bobby Z) using a mobile recording unit brought in from the Record Plant in New York City, staffed by engineers Dave Hewitt and Kooster McAllister. The basic tracks for three songs were used on the Purple Rain soundtrack: "Purple Rain", "I Would Die 4 U", and "Baby I'm a Star". Prince performed overdubs while working at Sunset Sound in Los Angeles from August–September 1983. A solo and verse from the original recording were edited out, changing the length from eleven to eight minutes. The extra verse was about money, but was removed because it diluted the emotional impact of the song.

After recording the song, Prince phoned Jonathan Cain from Journey asking him to hear it, worried it might be too similar to "Faithfully", a Journey single composed by Cain which had recently been in the charts. Cain reassured Prince telling him the songs only shared the same four chords. 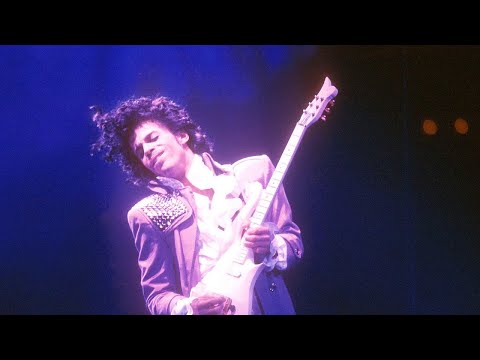