My Heart Will Go On

"My Heart Will Go On" is a song recorded by Canadian singer Celine Dion. The song serves as the main soundtrack to James Cameron's blockbuster film Titanic, based on an account of the transatlantic ocean liner of the same name which sank in 1912 after colliding with an iceberg in the North Atlantic Ocean. The song's music was composed by James Horner, its lyrics were written by Will Jennings, while the production was handled by Walter Afanasieff, Horner and Simon Franglen.

Released as a single from Dion's fifth English-language studio album, Let's Talk About Love (1997), and the film's soundtrack, the love power ballad peaked at the top of the RPM Top Singles Chart. Outside Canada, "My Heart Will Go On" became a global hit, topping the charts in over twenty countries, including Australia, Austria, Belgium, Canada, Denmark, Finland, France, Germany, Italy, the Netherlands, Norway, the Republic of Ireland, Spain, Sweden, Switzerland, the United Kingdom, and the United States.

"My Heart Will Go On" is considered to be Dion's signature song. With worldwide sales estimated at over 18 million copies, it is the second best-selling physical single by a woman in music history, and one of the best-selling physical singles of all time. It also was the world's best selling single of 1998. It was also included in the list of Songs of the Century by the Recording Industry Association of America and the National Endowment for the Arts. The music video was directed by Bille Woodruff and released at the end of 1997. Dion performed the song to honour the 20th anniversary of the film at the 2017 Billboard Music Awards on May 21, 2017. 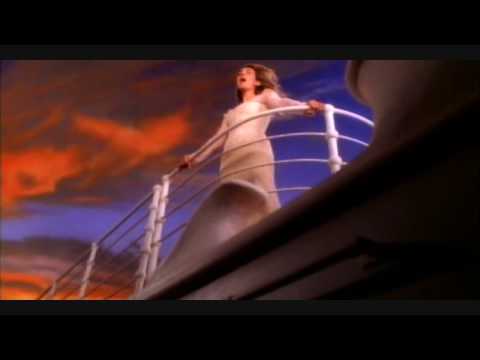