"Va Va Voom" is a song recorded by American recording artist Nicki Minaj taken from the deluxe edition of her second studio album Pink Friday: Roman Reloaded (2012). The song was written by Minaj, Lukasz Gottwald, Allan Grigg, Max Martin and Henry Walter and produced by Dr Luke, Kool Kojak and Cirkut. The song was initially planned to be the first single off the standard edition of the album, but it was eventually scrapped for the release of "Starships" at the last minute. The song, however was then featured on the re-release off her second effort, entitled Pink Friday: Roman Reloaded – The Re-Up (2012). The song eventually surfaced for an official release, premiering on US and UK radio on 12 September 2012 by Young Money, Cash Money and Universal Republic.

"Va Va Voom" is a electropop and electronic dance song with lyrics that talks about sexual activity towards a male. Upon its release, the song received positive reviews from critics, with many finding it her best dance song, along with it being catchy and radio-friendly. Commercially, the song entered the top twenty in countries including Ireland, Slovakia, New Zealand and the United Kingdom. An accompanying music video was shot in December 2011, but was initially shelved after Minaj decided to not release "Va Va Voom" as the album's lead single, because she was not happy with the video's end result. Va Va Voom was then was included on her setlist for her Pink Friday: Reloaded Tour. 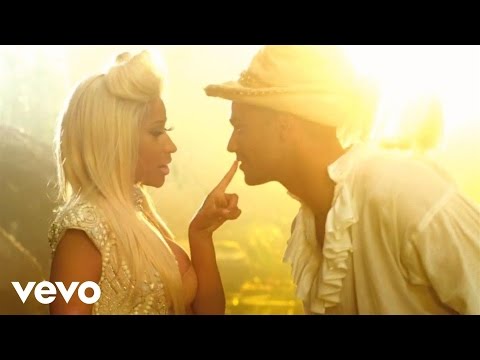