"Sweet Nothing" is a song by Scottish singer-songwriter and producer Calvin Harris taken from his third studio album 18 Months (2012). It features vocals from Florence Welch, lead singer of the English indie rock band Florence and the Machine. Harris previously worked with the band in a remix of their single "Spectrum" (2012).

Later, while recording 18 Months, Harris expressed interest to work with Welch. He mentioned that it wasn't easy and he had to chase her, due to her schedule. Welch accepted the invitation and recorded "Sweet Nothing". It first premiered on The Chris Moyles Show on BBC Radio 1, on 28 August 2012 and later was released as the fifth single from the album, on 14 October 2012.

"Sweet Nothing" is an EDM song, with love-strung vocals and a bouncy, ever-building beat. Lyrically, it talks about a romance with no depth, where the protagonist is receiving "sweet nothing". Critical reception of "Sweet Nothing" was positive, with many critics praising its production and Welch's vocals. The song debuted at number one on the UK Singles Chart, marking Harris' first number-one single as main artist in the United Kingdom since his 2009 single, "I'm Not Alone".

The music video for the song, directed by Vincent Haycock, premiered on 20 September 2012. In the video, Welch works as a singer at a dingy bar/strip club, pouring the pain and frustration of her unfulfilled life and abusive relationship into every revealing and explosive performance. However, after recognizing the benefits of her seedy environmental, she plots a plan to rid herself of at least one problem. 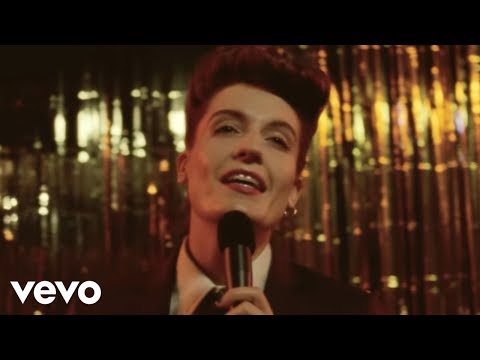