"Sparks Fly" is a song recorded by American singer-songwriter Taylor Swift for her third studio album Speak Now (2010). It was written and produced by Swift, with additional production helmed by Nathan Chapman. Swift wrote the song when she was 16 years old, prior to the release of her debut single "Tim McGraw" in 2006. Following a 2007 live performance of the song, "Sparks Fly" grew in popularity among Swift's fanbase. While Speak Now was under production, she received requests from fans to include the song on the album. The song was serviced to country radio in the United States by Big Machine Records on July 18, 2011, as the fifth single from Speak Now. A CD single was released on Swift's official store for a limited time on August 10, 2011.

"Sparks Fly" received generally positive reviews by music critics, who praised it for its upbeat tempo. Others praised Swift's lyrics of the song and have claimed that the song is a crossover between country and pop. Following the release of Speak Now, the song debuted at number 17 on the US Billboard Hot 100 and at number 28 on the Canadian Hot 100, due to strong digital sales. After the song was released as a single, it re-entered the US Billboard Hot 100 at 84. It peaked at number one at the US Billboard Hot Country Songs chart and was certified Gold by the Recording Industry Association of America for sales of 500,000 copies. "Sparks Fly" was used as the opening song for the Speak Now World Tour (2011–12). A music video for the song was released, featuring clips of various performances during the Speak Now World Tour. 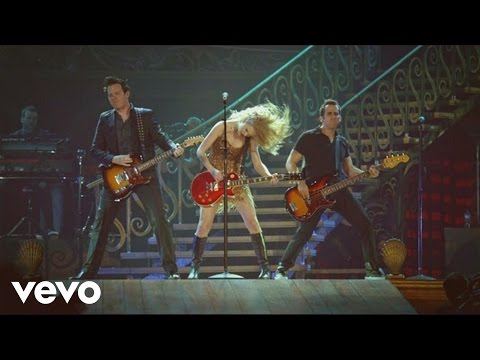