DJ Got Us Fallin' in Love

"DJ Got Us Fallin' in Love" is a song by American R&B recording artist Usher. It features American rapper Pitbull, and was written by him, Savan Kotecha, Shellback and Max Martin, with the latter two producing it. It was released to digital download on July 13, 2010, and sent to radio on July 20, 2010, as the first single from Usher's EP, Versus, which is an extension of his sixth studio album, Raymond v. Raymond. A europop, electronic dance track, the song puts emphasis on its chorus, and follows the chord progression of Gm-F-E♭. It received mixed to positive reviews from critics, who favoured its production and Usher's vocals, but criticised the song's lack of originality.

"DJ Got Us Fallin' in Love" peaked in the top-ten in over fifteen countries, becoming one of Usher's most successful singles. It reached the top-three on the Japan Hot 100, Canadian Hot 100, Hungary Singles Chart, French Singles Chart and ARIA Singles Chart. It peaked at number four on the Billboard Hot 100, marking Usher's sixteenth top-ten hit on the chart. It received a 4 times platinum certification from the Australian Recording Industry Association (ARIA) and a 2 times platinum certification from Canadian Recording Industry Association (CRIA). An accompanying music video, directed by Hiro Murai, shows Usher krumping and crip walking in a club environment. 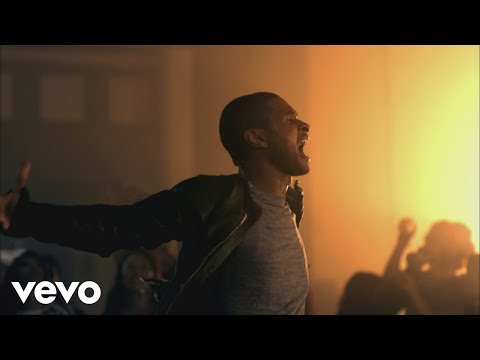