"Bonfire" is the debut single by American rapper Childish Gambino. It was released on September 17, 2011 as the lead single from his debut studio album Camp (2011), after its music video was released in July 2011. The song was produced by Gambino and Ludwig Göransson, and debuted on Funkmaster Flex's HOT 97 radio station.

The song opens with Childish Gambino rapping, "OK, it's Childish Gambino, homegirl drop it like the NASDAQ" over a "heavy" beat. In the first verse, he references the video game ToeJam & Earl, rap collective Odd Future, TV series Invader Zim, PETA, clothing brand Band of Outsiders, and fast food chain Jollibee. He also addresses his Asian fetish ("This Asian dude, I stole his girl, and now he got that Kogi beef") and a stereotype of African-Americans in the entertainment industry ("Man, why does every black actor gotta rap some? / I don't know, all I know is I'm the best one").

Childish Gambino's vocals in the song has been described as "raspy, aggressive spitting" and similar to Lil Wayne's flow. Singer Billie Eilish has described the song as having "the most hardcore bars I've ever heard"

A music video for the song was released in July 2011. It begins with Childish Gambino wearing a noose around his neck, and features him in scenes of campfire stories. 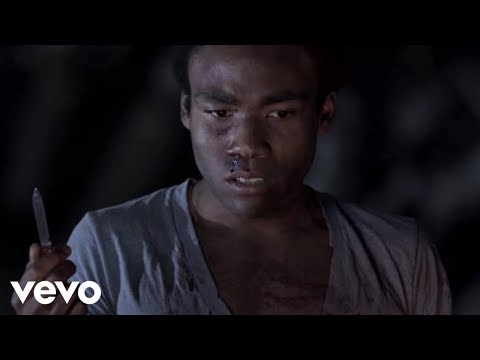