"Gorilla" is a song by American singer-songwriter Bruno Mars. The song was written by Mars, Philip Lawrence and Ari Levine, and produced by The Smeezingtons, Emile Haynie, Jeff Bhasker and Mark Ronson who also co-produced two other songs on the album. Gorilla is a soft rock and quiet storm song about making love like wild animals. The song features on Now That's What I Call Music! 86 despite only peaking at #62 on the UK Singles Chart. This song is the fifthteenth track on Now 49.
Mars said that it was "the first song we wrote for this album and it really set the tone for the entire project and it kind of became the mascot", stating that it was the reason why there's a gorilla on the cover of the album. The song has often been compared to the unabashedly sex-inspired works by Prince.
Musically, the song received mixed to positive reviews from music critics who praised its early 1980s arena rock tendencies fused with power pop hooks, though "Gorilla" has been criticized for its explicit lyrical content.
The official remix features American singers Pharrell Williams and R. Kelly. 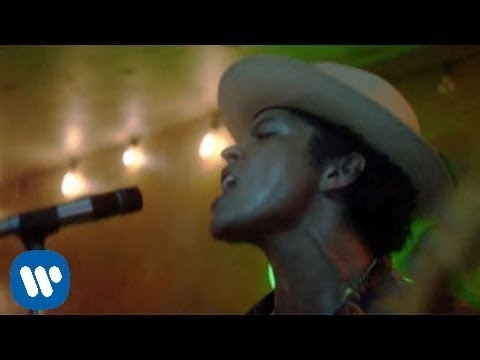