“The Last Time” is a song by Taylor Swift, taken from her fourth studio album, Red. One of two collaborations on the album, the song features singer Gary Lightbody of Snow Patrol. It was written by Swift, Lightbody and the song's producer, Jacknife Lee. "The Last Time" is an alternative rock song, with influences of country and folk. It was added to the playlist of British national radio station BBC Radio 2 on October 19, 2013. The song tells the story of a long-standing but crumbling relationship. Lyrically, the song describes the relationship as one with vicious cycles of both heartbreak and forgiveness, for instance: "You find yourself at my door, just like all those times before, you wear your best apology, but I was there to watch you leave" as sang by Swift. Orchestral swells accentuate the chorus and drama to the "instantly hummable refrain". 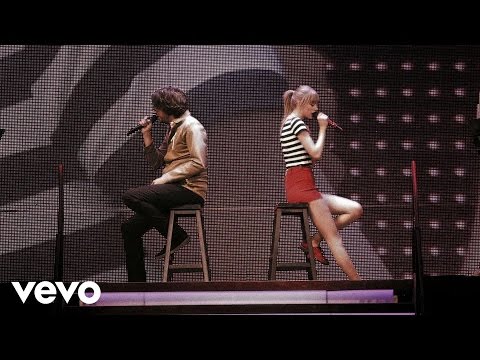