It's in Our Hands

"It's in Our Hands" was a single released along with Björk's Greatest Hits CD in late 2002. The song was previously heard during her Vespertine Tour in 2001. The song relies heavily on a sample taken from Gigi Masin's song Clouds from the album Les Nouvelles Musiques De Chambre. The single peaked at number 37 in the UK.

Music video:
The music video features a very pregnant Björk shot at night with a night-vision camera amongst bushes. Her image is transposed against close-ups of flowers, plants, and bugs to make her appear as if she is smaller than them. There are also shots of underwater scenes interspersed throughout the video. The video was directed by Spike Jonze

A second video was directed by Lynn Fox and set to the Soft Pink Truth remix of "It's in Our Hands". The remix received certain attention, also the music video. 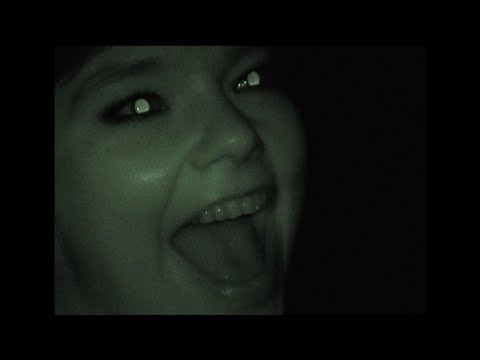