Track Description
"Curiosity" is a song recorded by Canadian singer Carly Rae Jepsen for her EP Curiosity (2012). It was released as the second single from the EP on May 1, 2012, through 604 Records. Produced and co-written by Ryan Stewart, "Curiosity" is an upbeat pop track that is influenced by dance and synthpop. Lyrically, the track alludes to a girl who is poorly treated by a bad boy, and begs for more of his love. It received generally positive reviews from contemporary critics, who deemed it as similar to Jepsen's previous single, "Call Me Maybe". Following its release, the track reached number 18 on the Canadian Hot 100. A new version of the track was included on her international debut album Kiss.

Jepsen's first single, "Call Me Maybe", was released only in Canada on September 20, 2011. In January 2012, pop singers Justin Bieber and Selena Gomez were in the country and heard the track on the mainstream radio. After they tweeted about it on their personal profiles, Jepsen instantly gained international attention, and got signed by Scooter Braun to his Schoolboy Records. Braun revealed that Bieber has "never jumped out and promoted an artist like this before. He sends me different YouTube videos of unsigned artists that he'd like to work with, but never someone who already had a song out and is on the radio." Worldwide distribution of the single was done through Interscope Records. "Call Me Maybe" attained worldwide success, reaching number one in Australia, Canada, United States, Finland, Ireland, New Zealand, and the United Kingdom, while peaking inside the top ten in Belgium, Netherlands and Norway. Following the surprising performance of the single, Jepsen's second studio effort, Curiosity, was released on February 14, 2012 in Canada only, where it debuted and peaked at number six. The title track was written by Jepsen, while song production and additional writing was done by Ryan Stewart. It was released as the second single from the EP on May 1, 2012.

Jepsen shot a video for the song on June 5, 2012 with director Colin Minihan. The music video was not released, and leaked on November 25, 2012. According to the description of the leak, "this video was shelved because it was "too sexy" for her new tween demographic." The video starts with Jepsen on a taxi cab with rainy weather. She writes a text message that reads, "Where are you? I'm outside". She then leaves the cab, and runs into an unknown house. She knocks at the door, but with no answer, she looks under the carpet under her feet and find a key, with which she enters the house to find a long hallway full of doors and an image of herself at the end, now with different clothes. Jepsen keeps opening different doors, only to find other hallways. The scene then cuts to a bedroom where she meets her love interest, and they make love together. Back to the hallway, Jepsen opens another door where she sees a video of her wedding with the same guy. It cuts again to the bedroom, when it's revealed that there is another woman in the bedroom who stares at them both with a sadness expression on her face. Then we see Jepsen and the love interest fighting outside of the house in the middle of rain, only to find out that he had actually cheated on her with that other woman and she had discovered at that moment. She runs outside of the house and goes back to the cab. 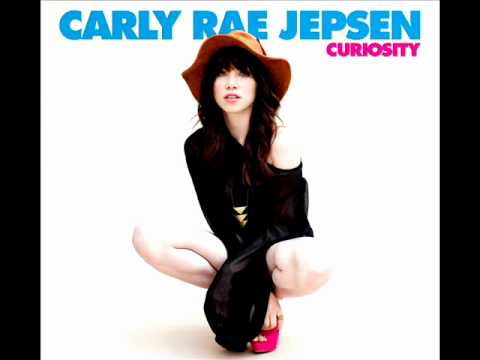