"Last Friday Night (T.G.I.F.)" is a song by American recording artist Katy Perry. The song was produced by Lukasz Gottwald and Max Martin, who also co-wrote the song with Perry and Bonnie McKee at Playback Recording Studio for Perry's third studio album, Teenage Dream. Perry stated that she was inspired to write the track after a night of wild partying and streaking. It was released as the album's fifth single on June 6, 2011 through Capitol Records with a remix featuring American hip-hop recording artist Missy Elliott released to U.S. radio stations and digital retailers on August 8, 2011, this version was included in Teenage Dream: The Complete Confection edition. Musically, the song is a prominent disco, and NRG-pop song with dance-pop influences, while the lyrics are about drunken fun and debauchery. Some of the risque lyrics in the song are often censored in radio versions of the song.

The song received mixed to positive reviews from music critics, with some of them highlighting its playful and catchy nature. However, critics were divided regarding the song's lyrical content; some referred it to as funny and sexy, while others dismissed it as lifeless. The song had chart success in North America, reaching number one on the U.S. Billboard Hot 100 and Canadian Hot 100. It also topped U.S. charts like Hot Digital Songs, Pop Songs, Radio Songs, and Hot Dance Club charts, like all of her previous singles. It also reached number one in Slovakia and the Czech Republic and has attained top-ten positions in Austria, Ireland, Italy and Poland.

The song's accompanying music video was directed by Marc Klasfeld. The clip features Perry, as her 13-year-old alter-ego Kathy Beth Terry, at a house party filled with music and dancing. While at the party, Terry is made over by her friend and draws attention to herself as the life of the party. The video features appearances by notable music artists and actors, which includes Rebecca Black, Corey Feldman, Debbie Gibson, Kenny G, Hanson, and Kevin McHale and Darren Criss of Glee. According to the director, the inspiration behind the video was Sixteen Candles, works by American filmmaker John Hughes, and other 1980s high school films. The music video won Favorite Music Video award at the 38th People's Choice Awards.

The title "T.G.I.F." is an acronym for Thank God It's Friday. 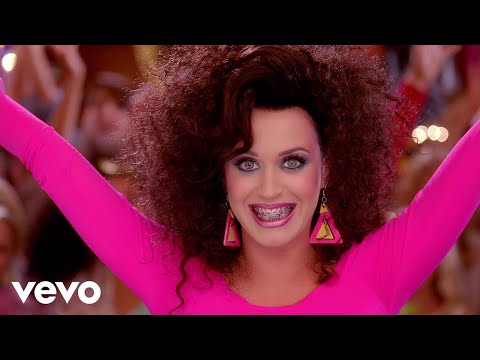