You're Still the One

"You're Still the One" is a song co-written and recorded by Canadian country music singer Shania Twain. It was released in January 1998 as the third country single from Twain's album Come on Over, while it was the first to be released to pop and international markets. The single peaked at number two becoming Twain's first top ten hit on the Billboard Hot 100. Although it never topped the chart, the song is recognized as Twain's most successful crossover single, and is one of her most successful singles at country radio. The song was written by Twain and Mutt Lange and produced by Lange.

"You're Still the One" was nominated for four Grammy Awards in 1999, winning two. It won Best Country Song and Best Female Country Vocal Performance and lost Record of the Year and Song of the Year to fellow Canadian, Celine Dion's "My Heart Will Go On".

The song listed at number 66 on the Billboard All-Time Hot 100 Top Songs. It was No. 46 on VH1's 100 Greatest Songs of the 90s.
When Twain and Lange had become romantically involved in the mid 1990s, there was criticism of their relationship: claims that the age difference was extreme, and that Twain was solely using him to further her career. In essence, the critics did not expect their relationship to last. Twain disagreed with these criticisms and wanted to address them in public and this led to her writing "You're Still the One". In this ode to the union between her and Lange, Twain explains how she is glad they did not listen to the critics, as if they had done, look at what they could have been missing. Twain and Lange divorced twelve years later in 2010 after 17 years of marriage due to an affair between her husband and her best friend. However, in her biography, Shania Twain says that she wrote this song in souvenir of her mother and of her father-in-law. Shania Twain truly believes that they were meant to be together and that, in spite of all the trials they have been through, her parents shared a very pure and true love.
The music video for "You're Still the One" was shot in Malibu and Los Angeles completely in black and white, was directed by David Hogan and shot on December 4 and 5, 1997. It was released on January 26, 1998 on CMT.

It depicts Twain on a beach at night and features model John Devoe, who later appeared in her video for "That Don't Impress Me Much". The video received heavy rotation, it was Twain's first video to be played on non-country-specific stations such as MTV, VH1, and MuchMusic. The video won awards at the Billboard Music Video Awards, VH1 Viewer's Choice Awards, and was nominated for an MTV Video Music Award. Two versions of the video were made, one with the 'Original Album Version', released to country channels, and the 'International Version' released to pop and international stations. The 'International Version' of the video is available on Twain's DVD The Platinum Collection.

Another version
Another version of the music video was launched on August 1, 2014 with a duet with Brazilian singer Paula Fernandes in English and Portuguese. The video features scenes shot in the studio and during the test and show of Canadian singer, with Brazil as a special guest. In the introduction to the video, Twain and Fernandes praises: "She's beautiful and has an amazing voice is a big star in Brazil and I invited her to come sing with us tonight." 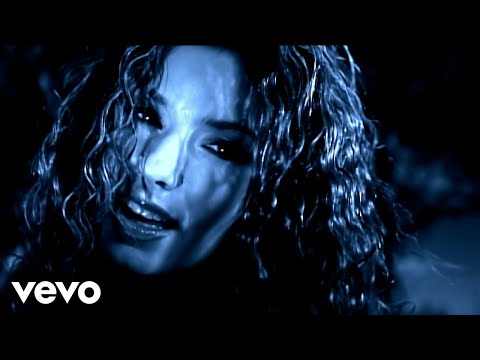