"Promiscuous" is a song by Canadian singer-songwriter Nelly Furtado from her third studio album, Loose (2006), featuring American rapper Timbaland. The song was written by Timothy Clayton, Tim Mosley, Furtado and Nate Hills. The song's lyrics, which were penned by Furtado and Clayton, feature a conversation between a man and woman who call each other promiscuous. The overtly-sexual song was released as the lead single from the album in North America in early 2006, and as the second single elsewhere in mid-2006 except in Latin America, where the single was released as the third single in late 2006.

The song was well received by music critics, with some critics calling it the highlight of the album. "Promiscuous" was an international success and it had become Furtado's first number-one single in the US. It is the first number one by a Canadian female artist since 1998's "I'm Your Angel" by R. Kelly and Céline Dion on the Billboard Hot 100 chart. The song also topped the chart in New Zealand and peaked within the top ten on many charts across Europe.

The accompanying music video was directed by Little X, and features scenes of Furtado and Timbaland, in what Furtado describes as a "verbal Ping-Pong game". Cameo appearances are made by Keri Hilson, Justin Timberlake and Bria Myles.

The song won the "Best Pop Single of the Year" at the 2006 Billboard Music Awards and received a nomination for the "Best Pop Collaboration with Vocals" at the 49th Grammy Awards, losing to Tony Bennett and Stevie Wonder's "For Once in My Life". 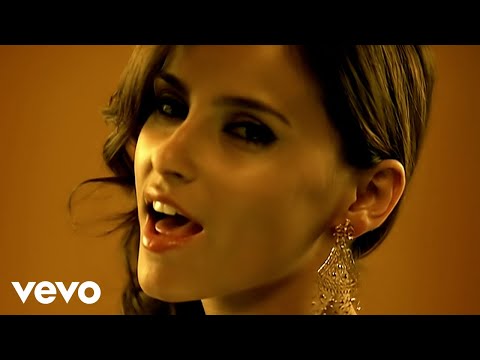