"I Bruise Easily" is a song by British recording artist Natasha Bedingfield. The pop ballad was written by Andrew Frampton, Wayne Wilkins, and Paul Herman along with Bedingield for her debut album, Unwritten (2004). Production on the track was handled by Frampton and Wilkins. In the song, Bedingfield describes how relationships affect people, even when they have come to an end.

The track was released as the album's fourth single in 2005 to positive reviews from music critics. While "I Bruise Easily" failed to match the success of its predecessor "Unwritten", it reached the top twenty in Ireland and the United Kingdom. In 2008, the song was used by electronic artist Chicane for the song "Bruised Water". It was a mashup between Bedingfield's song and Chicane's 1999 hit "Saltwater". The song was featured on Chicane's The Best of Chicane - 1996 - 2008 and was credited as Chicane & Natasha Bedingfield.

Bedingfield began recording her debut album in mid-2003, following the signing of a recording contract with BMG UK and Ireland earlier that year. While collaborating with Andrew Frampton, Wayne Wilkins and Paul Hermam in London, England, they composed "I Bruise Easily", which was inspired by a relationship Bedingfield had recently ended. While recording she had found it easier to compose songs that were melancholic rather than songs that were upbeat. According to Bedingfield, the song is actually a love song because "it's talking about vulnerability and the fact that the more you love someone, the more you have to open your heart" which means that "you could get hurt".

The music video was directed by Matthew Rolston and premiered on 28 February 2005. The video begins with Bedingfield entering an elevator dressed as a geisha. She then exits the elevator and wanders down a long hall looking for her hotel room. Sitting in front of a mirror, Bedingfield slowly removes her wig and makeup, revealing the pain she had been hiding. Scenes of Bedingfield singing on her bed and in a dark room are intercut throughout the video.

Bedingfield dressed as a geisha in the music video to represent how the feelings of pain and sadness are often not shown to others when a relationship ends. Out in public Bedingfield's character covers her feelings up with makeup, but alone she removes it, exposing how she truly feels inside. The complete version of "I Bruise Easily" featured in the music video has been released commercially through CD singles and digital downloads. 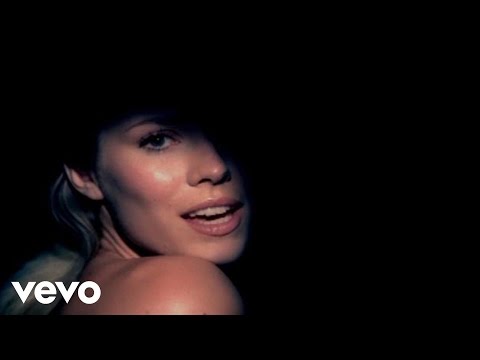