"Supersonic" is the third single from British funk/acid jazz band Jamiroquai's fourth studio album, Synkronized (1999). The song was written by Jay Kay, Toby Smith, Derrick McKenzie, Sola Akingbola, Wallis Buchanan, and Simon Katz while Jay Kay and Al Stone produced it. The track peaked at No. 22 on the UK Singles Chart and became Jamiroquai's third No. 1 on the US Hot Dance Club Play chart.

Music video
The music video begins with the message "ru ready for a supersonic synkronized audio and visual experience?" on the screen, flashing red. The camera zooms into an "orb" and Jay Kay appears. The orb moves around him while he is dancing the robot and it flashes along with the song's tune. A yellow one appears along with a green, orange and purple one. More orbs are seen behind the first five. The camera itself changes angle. It then zooms into a red orb and Jay Kay is seen within it.

The second part of the video features a tunnel-like stage with LED-covered walls. Jay Kay and other bandmembers are seen "hovering" across the stage. A large audience appears. The LEDs form a sneaking man animation. Finally, the stage explodes and Jay Kay falls on the floor, the sneaking man LED animation is seen leaving from under him, stage right. 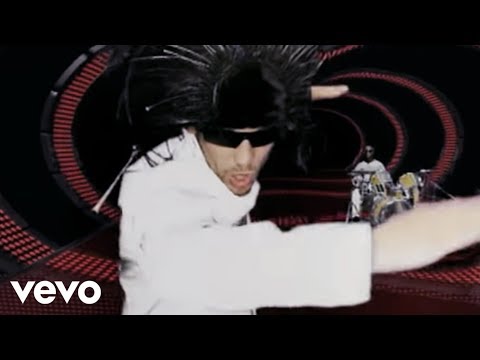