What Took You So Long?

"What Took You So Long?" is a song by English singer Emma Bunton from her debut solo studio album, A Girl Like Me (2001). The song was written by Bunton, Richard Stannard, Julian Gallagher, Martin Harrington, John Themis and Dave Morgan, and produced by Stannard and Gallagher in Biffco Studios in Dublin, Ireland. It was released as the album's lead single in the United Kingdom on 2 April 2001. A pop rock song, its sound is influenced by the work of AOR artists such as Sheryl Crow, Gabrielle, and the band Texas. For the lyrics, Bunton explained that the song is about men taking longer than women to realise they are in love, a concept inspired by her past romantic relationships. The song received mixed to positive reviews from music critics, with many of them praising the melody and Bunton's vocal delivery, while others were critical of its production.

The song topped the UK Singles Chart for two weeks, becoming Bunton's first and only number-one, making her the fourth member of the Spice Girls to top the chart with a solo record. "What Took You So Long?" attracted moderate success in Europe and Oceania, topping the chart in New Zealand and peaking inside the top 10 in the charts of Australia, Denmark, Ireland, Italy, Portugal and Romania. An accompanying music video, directed by Gregg Masuak, was shot in mid-February 2001 at the Mojave Desert near Lancaster, California. The song's promotional campaign included a series of appearances on television programmes and festivals worldwide, and it has since been regularly included on the setlists in most of her concerts and presentations. 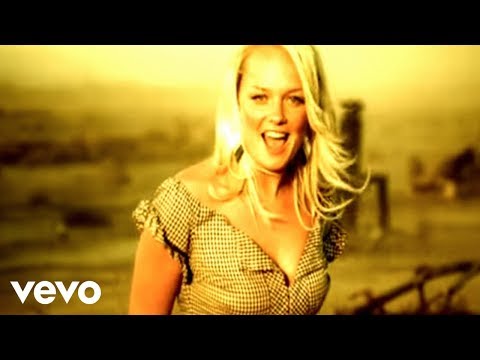