I Just Can't Stop Loving You

"I Just Can't Stop Loving You" is a 1987 ballad by Michael Jackson featuring a duet with Siedah Garrett, and was the first single released from his seventh album, Bad. The song was written by Jackson, and co-produced by Jackson and Quincy Jones. It reached #1 on the Billboard Hot 100, R&B and adult contemporary charts.

The song became the first of five consecutive number-one Hot 100 singles from the Bad album. It was Jackson's second number-one song on the AC chart (his first, coincidentally, had also been a duet: 1982's "The Girl Is Mine" with Paul McCartney). It was released without an accompanying music video.

The presence of Garrett on the track was a last-minute decision by Jackson and Jones, after Jackson's first two choices for the duet, Barbra Streisand and Whitney Houston, both decided against participating. Garrett, a protégé of Jones's who co-wrote another song on Bad, "Man in the Mirror", did not know that she would be singing the song until the day of the recording session. It became her first hit since Dennis Edwards' 1984 song "Don't Look Any Further".

Jackson and Garrett later recorded "Todo Mi Amor Eres Tú", a Spanish-language version of the song, with lyrics translated by Rubén Blades, and "Je Ne Veux Pas La Fin De Nous", a French-language version, with translation by Christine "Coco" Decroix. All three versions are featured on the 2012 reissue album Bad 25. The original English-language version was re-released as a single in 2012, as part of the Bad 25 release.

Originally, the song featured a spoken intro by Jackson backed with a longer version of the opening music. This intro was mixed out on the single, on future releases of Bad and on most compilation albums.
For the duet ballad "I Just Can't Stop Loving You," Michael Jackson wanted to share vocals with Barbra Streisand or Whitney Houston. Both singers took a pass on the invitation. The co-duet duties were given to Siedah Garrett who had previously dueted on former Temptations member Dennis Edwards' "Don't Look Any Further." Garrett first came to the attention of producer Quincy Jones after auditioning for and winning a spot in the group Deco. She later signed as a recording artist with Jones' Warner Bros. Domestic Television Distribution. The singer was constantly sent song demos including one for "I Just Can't Stop Loving You," though she didn't know that the demo was a song written and sung by Jackson. While reporting for a recording session, Garrett thought that she was summoned to do overdubs for a song she'd co-written titled "Man in the Mirror." Instead she was surprised to learn that she'd been chosen to sing a duet with Jackson. To some, the wispy ballad was reminiscent of Jackson's Motown classic "Got to Be There."

The album version opens with Jackson cooing a tremulous spoken intro that goes, in part, "I just want to lay next to you for awhile . You look so beautiful tonight... A lot of people misunderstand me. That's because they don't know me at all. I just want to touch you and hold you..."
"I Just Can't Stop Loving You" was the lead single from Jackson's much-anticipated Bad album. The single debuted on the U.S. Billboard Hot 100 singles chart at #37, the week of August 8, 1987. The single was the highest debuting single of 1987, and quickly traveled to the top quarter of the Hot 100, advancing to #16 in its second week, and soaring to #1 in its seventh week on the tally, the week of September 19, 1987.

However, due to the album title track's quick release as a single (it debuted on the Hot 100 at #40 in the same week that "I Just Can't Stop Loving You" hit number one), the duet had a relatively short chart run and fell out of the top 40 just five weeks after topping the chart, spending a total of 11 weeks in the top 40. Billboard ranked it as #43 on the year-end Hot 100 chart for 1987.

The track spent three weeks at number one on Billboard's Adult Contemporary singles chart, becoming only the second Michael Jackson single to top that chart and the last one to date (although "Man in the Mirror" would come close to topping the chart when it reached #2 in 1988). In the United Kingdom, the song reached #1 on the UK Singles Chart for the week of August 11, 1987 and ranked #30 on the year-end UK tally.

In his autobiography, Moonwalk, Jackson stated the song was not written with someone in mind, but that he had been thinking of someone when singing the song live. 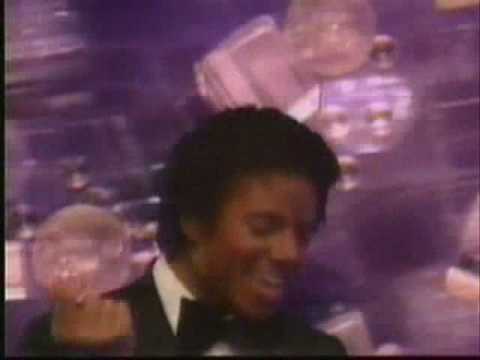