"Hyperballad" (also known as "'Hyper-Ballad") is the fourth single from the studio album Post by Icelandic recording artist Björk. Like the rest of her songs, the song was written by Björk and co-produced by long-time collaborator Nellee Hooper. The recording sessions of Post and hence "Hyperballad" were set in Compass Point Studios, The Bahamas, to save tax money. "Hyperballad" infuses folktronica and acid house. The lyrical content discusses a dream that Björk experienced, in which she wakes early before her lover and throws small objects off a cliff, watching them smash. She imagines her body in their place, which makes her feel better about returning to her safe home and the arms of her lover.

"Hyperballad" was heavily lauded from contemporary music critics, who stated that it was the best song of Björk's career. The song's lyrical content, vocal performance and experimentation in its production and composition were also highly praised. The song was moderately successful in the countries it charted in, including Finland, Australia, United States, Sweden and the United Kingdom (where it was the last of three top-10 hits, after "Army of Me" and "It's Oh So Quiet"). A music video was shot for the single, featuring a digitalized Björk running through a field.

"Hyperballad" was written by Björk, like the rest of her previous songs. The song was also co-produced by Björk and Nellee Hooper, who had contributed in other Björk albums. Like the rest of the album, recording sessions of the song was set in Compass Point Studios, The Bahamas to save tax money. Musically, the song alters from folktronica to acid house. The chords and lyrics in the verses move in three-bar phrases. The choruses are in four-bar phrases. It combines a house beat with a string section conducted by Brazilian musician Eumir Deodato. Heather Phares from Allmusic compared the song to the work of Aphex Twin. Lorraine Ali from Rolling Stone said that Björk "turns fantasy into morbid but honest wonderment for 'Hyperballad.' Here's what she sings over a sweeping, panoramic vista: 'I imagine what my body would sound like slamming against the rocks, and when it lands, will my eyes be closed or open?'" A reviewer from Sputnikmusic said "The lines inspiration and importance are mysterious to everyone but Björk herself. As “Hyper-Ballad” begins to draw to an end the rhythmic beat begins to pick up pace and gives hypnotic vibe, while at the same time features elements of dance music."

While listing the song at number 69 on their 100 Best Songs of the 1990's, a reviewer from NME said "'Hyperballad' was an earnest attempt to try and make old love alive once more. She said it was about the art of "not forgetting about yourself" in a relationship and this was reflected in the music which altered from gentle folktronica to drum and bass-tinted acid house." 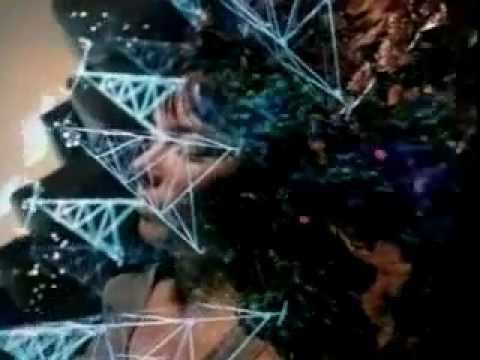