Track Description
"Right There" is a song by American recording artist Nicole Scherzinger, taken from her debut studio album, Killer Love (2011). Written by Ester Dean, Frank Romano, Daniel Morris and co-written and produced by Jim Jonsin, the Island-flavored midtempo pop song sees Scherzinger singing about her lover and telling other women to stay away. "Right There" first impacted radio as Scherzinger's third international single on April 1, 2011, after previous singles met success in the United Kingdom. "Right There" was Scherzinger's third consecutive top three single from her debut album. The song was then re-released on May 17, 2011 in the United States, as Killer Love's lead single, and was remixed to feature two new verses from American rapper 50 Cent.

The song became moderately successful in many countries. In the United States, "Right There" peaked at number thirty-nine on the Billboard Hot 100 becoming Scherzinger's most successful US single to date. The song was later certified gold by the Recording Industry Association of America for shipments of 500,000 copies of the single. "Right There" peaked at number three on the UK Singles Chart becoming Scherzinger's third consecutive most successful single as a solo artist, in addition to peaking at number seven in Ireland, where it also became one of her highest charting releases. The song reached the Top 10 in Australia, Ireland, New Zealand, Romania, Scotland and the United Kingdom.

The song received generally positive reviews from music critics for having a R&B-heavy sound on a pop record. Scherzinger performed "Right There" live for the first time on American Idol, to coincide with the song's US release. The show's judges and studio audiences gave her a standing ovation, with the media later praising Scherzinger's vocal and dancing abilities. An accompanying music video, directed by Paul Hunter, sees Scherzinger dancing along the streets of downtown Los Angeles, California. 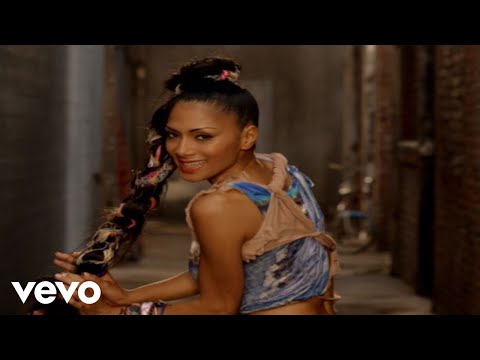