Track Description
"All I Want" is the first single by A Day to Remember from their fourth studio album What Separates Me from You. It was released officially to radio stations in October 2010, and as a commercial single, albeit a limited edition 7" vinyl, in April 2011. In August 2016, the song was certified gold in the U.S. by the RIAA.

Unlike the band's more-known metalcore sound which incorporates growling vocals and breakdowns, the song uses almost none of these attributes, and instead shows a direction towards fast-paced pop punk with clean vocals. Lead vocalist Jeremy McKinnon wrote the lyrics, while the music was written by himself, guitarist Kevin Skaff and A Day to Remember. McKinnon stated that the song is about "taking chances, and doing what you think is right regardless of what people might think. To be honest, whats more important? Live life, and be happy with yourself". McKinnon said in an 2011 interview with USAToday that the song is also "about being in a band." The song, along with 3 others from the album, was mixed by David Bendeth. As the choice of a single, guitarist Neil Westfall said "All I Want" "was a great transition song from 'Homesick'".

The music video for the song, which was filmed in October 2010, was released on January 6, 2011. It features cameos of numerous popular bands and musicians. The cameos are: Tom Denney (A Day to Remember's former guitarist), Pete Wentz, The Devil Wears Prada, Bring Me the Horizon, Sam Carter of Architects, Tim Lambesis of As I Lay Dying, Silverstein, Andrew WK, August Burns Red, Seventh Star, Matt Heafy of Trivium, Vic Fuentes of Pierce the Veil, Mike Herrera of MxPx, and Set Your Goals. Rock Sound called the video "quite excellent". 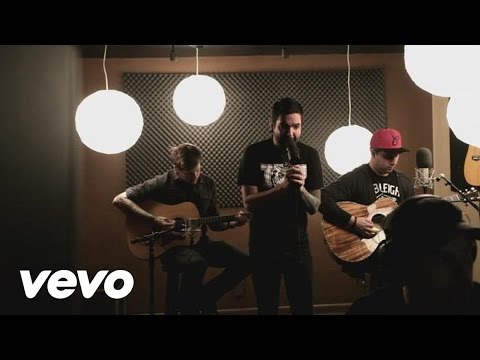