Rise and Fall, Rage and Grace

Track Description
You're Gonna Go Far, Kid" is a song by American punk rock band The Offspring. It is the third track on the band's eighth studio album Rise and Fall, Rage and Grace (2008) and was released as the second single from the album on September 4, 2008. The song had previously impacted radio on August 12. This is the band's 3rd No.1 single on the Hot Modern Rock Tracks chart after "Come Out and Play" and "Hit That". The song stayed at No. 1 for 11 weeks, making it the longest consecutive run for any Offspring single at No. 1. "You're Gonna Go Far, Kid" is certified Gold by the RIAA; despite this, Rise and Fall, Rage and Grace has never been certified by the RIAA. It also reached No. 1 on KROQ's Top 106.7 songs of 2008 countdown list.

The music video for this single was directed by Chris Hopewell, who has also directed videos for several other bands. It was the first time that Hopewell and the Offspring had collaborated on a music video.

The plot follows a peasant working in a garden in a dystopian future. Suddenly, a nymph appears and gives the peasant a magical, golden acoustic guitar and he begins strumming to the song. He enters town and plays for the locals. The magical abilities of the guitar make the peasant a sensation, earning him much needed money and causes various townsfolk to start dancing uncontrollably. The peasant then plays for plague infested townspeople and they are cured by the magic of the guitar. In return, he demands from one of them her expensive necklace while the nymph looks upon him disapprovingly. The peasant moves onto a very expensive hotel, but is denied entry based on his appearance. He plays more to earn money for a nice suit. He buys the suit, enters the restaurant and begins to play his guitar for the wealthy socialites, for more money. The nymph appears and punishes the peasant for his selfishness by first forcing him to dance alone to the music, then dragging him into the ground through a whirlpool. The guitar lands onto the floor and dissolves into leaves at the end of the song. 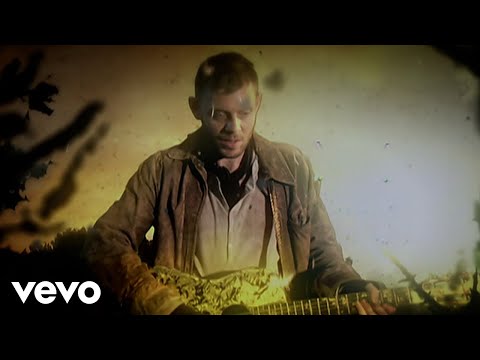