Too Much Too Young

Renowned for their live shows, The Specials released a five-track live EP in January 1980 as the third single by the band. The EP featured "Too Much Too Young" (originally recorded on the album The Specials) with "Guns of Navarone" recorded live in London; and "Skinhead Symphony" - a medley of "Long Shot Kick De Bucket", "The Liquidator" and "Skinhead Moonstomp" - which was recorded at Tiffany's in Coventry.

Lead track "Too Much Too Young" was based on the 1969 song "Birth Control" by Lloyd Charmers. It is sometimes wrongly stated that the song was banned by the BBC due to mentions of contraception in the lyrics, which is not true. However, when the song's promotional video was featured on Top of the Pops, it was cut off just before reaching the final line, "try wearing a cap". 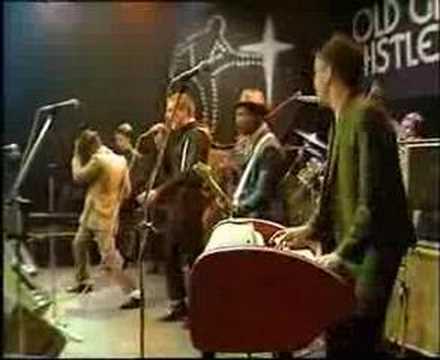