"Your Love" is a song performed by American recording artist Nicki Minaj. It was written by Minaj with Joseph Hughes, David Freedman, and Andrew "Pop" Wansel, with the latter receiving production credits. The song serves as the first single from her debut studio album, Pink Friday (2010). Minaj originally intended to release "Massive Attack" as the lead single from the album, but when the song failed commercially, "Your Love" was chosen instead. An earlier version of "Your Love" appeared on Minaj's Barbie World (2010) mixtape. Later, another version appeared online after it was stolen and leaked. After the song was endorsed by radio, the song was mixed and a few lyrics were changed before it was made the new single from the album, first released on on June 1, 2010.

"Your Love" samples the pop song "No More I Love You's" (1995) by Scottish recording artist Annie Lennox, using its background vocals with additional bass, hip-hop backbeats and drum loops added. The Annie Lennox song itself is a cover of the original version sung by the duo-band, The Lover Speaks, that was released in 1986. Described as a "rap ballad", the song is a change of tempo compared to Minaj's previous work, and according to Mariel Concepcion of Billboard, the song contains a "new brand of hood majesty." The song received mostly positive reviews from critics, complimenting Minaj's singing and rapping flexibility, and the use of the Lennox sample. The song peaked at numbers 14 and four on the US Billboard Hot 100 and Hot R&B/Hip-Hop Songs charts, respectively. 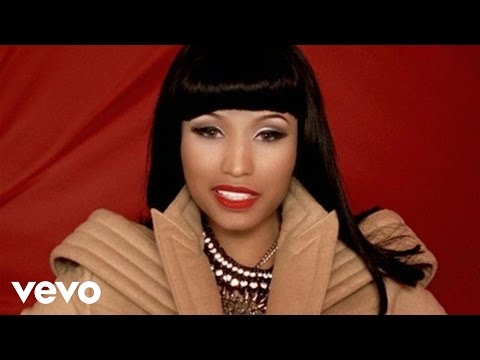