"Fly" is a song by Trinidadian rapper-songwriter Nicki Minaj from her debut studio album, Pink Friday (2010). The song was released as the eighth and final single from the album on August 30, 2011. It features additional guest vocals by Barbadian recording artist Rihanna. The track was written by Kevin Hissink, W. Jordan, J.R. Rotem, Clemm Rishad and Minaj herself, while production was helped by Rotem and Hissink. The song is a pop track (not to be mistaken for being an R&B track, the song clearly has no blues influence) which incorporates the hip-hop genre. The song is inspired by the emotion of soaring above and overcoming all stereotypes and negativity, to come out victorious.

"Fly" garnered positive reviews from music critics, most of whom noted it as a stand-out track of the album and complimented the song for its inspirational feeling. In the United States, "Fly" reached number 19 on the Billboard Hot 100. It also reached the top twenty in Australia, Ireland, New Zealand, Scotland and the United Kingdom. The song became Nicki Minaj's first number one on the UK R&B Chart. Furthermore, "Fly" marked top twenty positions on the US Hot R&B/Hip Hop Songs and Pop Songs charts and reached the top ten of the US Rap Songs chart at number nine.

The song's accompanying music video, directed by Sanaa Hamri, depicts Minaj and Rihanna experiencing the destruction in a post-apocalyptic environment. 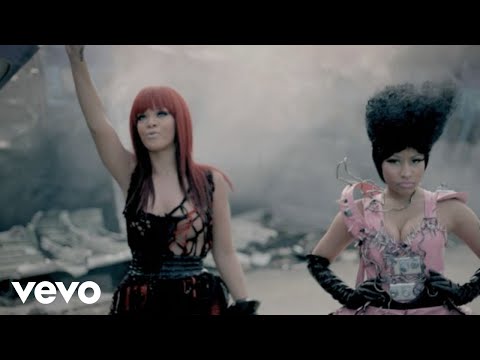