"Did It On'em" is a song by American recording artist Nicki Minaj. It was written by Minaj with J. Ellington, Safaree Samuels, and Shondrae "Bangladesh" Crawford, who produced the track. The song served as the fourth single from her debut album, Pink Friday, in the United States while "Girls Fall like Dominoes" was released in the British Isles, Australia, and New Zealand.

The song has a distinct sound when compared to the rest of the tracks on the album, in that it contains a harder, "massive, ungainly" beat, reflecting her prior work on mixtapes. It also features hi-hats in "overdrive" and multiple synth patterns sounding as if a car-alarm siren was going off. Lyrically, Minaj delivers explicit phrases talking about winning over her competition.

Critics positively reviewed the song, noting it as a highlight of the album. "Did It On'em" reached number forty-nine on the US Billboard Hot 100, and reached the top five on the US R&B/Hip-Hop Songs and US Rap Songs charts. A music video was released for the track, featuring Minaj behind-the-scenes and performing on the I Am Still Music Tour. 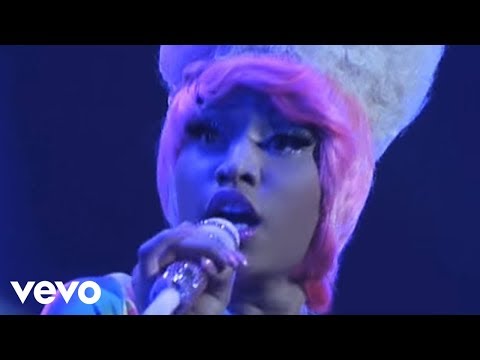