All That You Can't Leave Behind

"Beautiful Day" is a song by the rock band U2. It is the first track from their 2000 album, All That You Can't Leave Behind, and it was released as the album's lead single. It was a commercial success, helping launch the album to multi-platinum status, and is one of U2's biggest hits to date. Like many tracks from All That You Can't Leave Behind, "Beautiful Day" harkens back to the group's past sound. The tone of The Edge's guitar was a subject of debate amongst the band members, as they disagreed on whether he should use a sound similar to that from their early career in the 1980s. Lead vocalist Bono explained that the upbeat track is about losing everything but still finding joy in what one has.
The song received positive reviews, and it became their fourth number-one single in the UK and their first number-one in the Netherlands. The song peaked at number 21 in the United States, the band's highest position since "DiscothÃ¨que" in 1997. In 2001, the song won three Grammy Awards for Song of the Year, Record of the Year, and Best Rock Performance by a Duo or Group with Vocal. The group has played "Beautiful Day" at every one of their concerts since the song's 2001 live debut on the Elevation Tour. 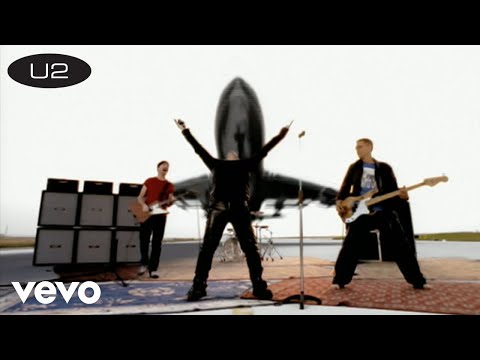