Track Description
"Just a Dream" is a country song, released as the fourth single from Carrie Underwood's second studio album, Carnival Ride. The song was composed by Gordie Sampson, Steve McEwan and Hillary Lindsey. The song was officially released to radio on July 21, 2008. A video for the song was released on August 5, 2008. The song was nominated for 2010 Grammy Award for Best Female Country Vocal Performance.

The music video begins with Underwood sitting with her military love in a 1965 Chevy Malibu Convertible, both listening to Eddy Arnold's "Make the World Go Away", and trying not to talk about the inevitability of him leaving for war. As she remembers what it would be like to walk down the aisle and marry her sweetheart (we are told on the letter that she is Mrs. Roberts and he is Mr. Roberts), Underwood’s smile and white dress transform into a black mourning dress and tears as she walks down the aisle to her husbands's coffin. The video is made to look like around the time of the Vietnam War, but is actually set in 2008 as the date on the letter she receives states. The letter also states that the husband's first name is Jonathan. 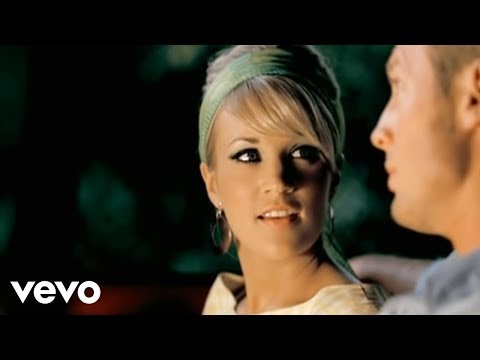